Like most people, Glenda and Trevor Newman want to make the most of their retirement.

“The next 10 years we just want to get out and do the travel we want to do while we can still do it and enjoy ourselves. We’ve worked hard and we’ve just got to do it while we can,” Glenda says. 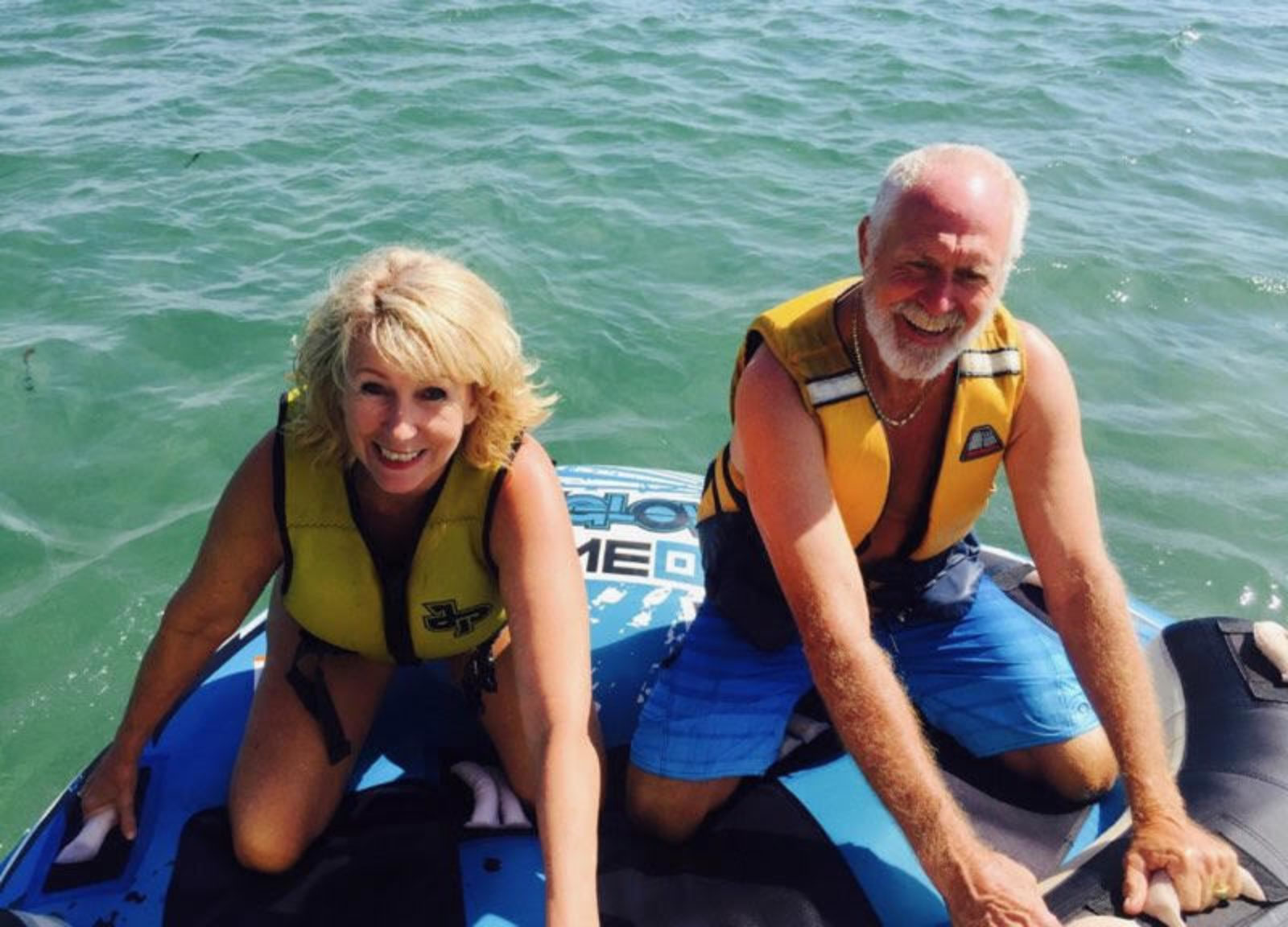 The Gold Coast couple travelled around Australia non-stop for five years, and now spend about three months a year in their caravan, mainly during the Queensland winter. Their five children and six grandchildren are spread out in places such as Mount Isa and Yeppoon, so Trevor and Glenda plan time for visits and to take them on holidays too.

“It’s tough to narrow down favourite places – we have an amazing country and it’s all pretty remarkable. We love Western Australia, especially Broome, as well as the east coast of NSW south of Sydney, Tasmania – everywhere, really.”

Glenda spent her career in finance, including running her own mortgage broking business, while Trevor was a plumber before joining the police force in the 1970s.

It was when Glenda was working as a bank manager in Sydney in the early 1990s that the couple realised they wanted a change of scenery.

“I grew up in the outer suburbs of Sydney when it was all bush; I spent my childhood swimming at waterholes, and it was magic – but it wasn’t the same for my kids,” Glenda recalls.

“I was organising finance for a lot of young couples, and my younger brother came in to organise finance for his first home. He and his wife were both working but it took both their incomes to buy a tiny little place, and I wondered what chance our kids would have at owning their own homes if we stayed in Sydney. So we decided to move.”

The family lived in Tweed Heads until Trevor and Glenda decided to downsize to an apartment in Coolangatta, putting the extra money into their self-managed super fund.

WHEN FEES ARE ERODING RETURNS

Last year, the couple realised that significant investment fees were eating into their returns.

“We were getting about a 3% return after fees and we just weren’t happy about it,” Glenda says. “There was a piece on A Current Affair about top super funds that got us thinking, then I was reading the paper one day and there was an article about Six Park, and it made a lot of sense.”

They contacted Six Park with some questions via Live Chat on the company’s website, before arranging a phone call with director of business development Ted Richards.

The Newmans have now been investing with Six Park since March 2018, and have been impressed with their after-fee returns as well as their experience as clients.

“I like being able to go in easily and have a look at it. The team is very approachable – they talk the same language, they don’t talk above you. The communication’s really great, and we feel really informed about what’s going on. It’s part of that education process that helps people allay their fears.”

Glenda says the stability of their diversified Six Park investment provides a lot of emotional reassurance.

“We’ve been through those ups and downs and we’ve sold at the wrong times in the past, where we’ve sold down and missed the up, and jumping in and out really doesn’t work; we’ve learned that. You can chase the elusive dollar but with Six Park, you know you’re getting something more balanced.

“We don’t have the skill or interest to look at this stuff every day – we’ve got friends who do it, but they become slaves to it. We don’t have to worry about it, we just want to enjoy our lives. We know it’s not about wild returns, it’s about stability and about knowing that we can keep living the way we want to. Retirees like us need stability – that’s extremely important.”