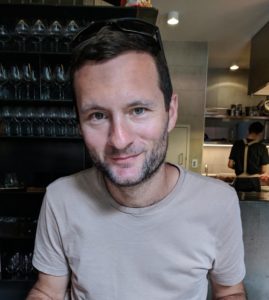 After deciding the best way to invest, Frank Ayles has not allowed market volatility to change his commitment to a long-term investment strategy with Six Park.

To the contrary, he has been adding regularly to his Six Park account, using dollar cost averaging as a way of continuing to invest at a time when COVID-19 is creating uncertainty in financial markets around the world.

“From my perspective, it seems like it’s a shock in the short term, but I never considered selling, because my thinking is that it’s a long, long-term investment for me. Over the long term, if you’re looking at a 10- or 20-year horizon, history says markets will trend up, so it wouldn’t make sense to sell when the market drops. I always thought it was probably a good time to add to it,” he says.

Frank was born in South Africa and grew up in the United Kingdom. He moved to Australia about six years ago on a temporary secondment that became permanent.

“I worked for a multinational firm, so there was capacity to work overseas,” he says.

“I wanted to move abroad and work somewhere new while I had the option to do that, and I’d been to Australia before and liked the lifestyle compared to the UK.”

It wasn’t until after he migrated that he began researching robo-advice and the best ways to invest outside superannuation.

“After I spent some time researching the best way to invest, the conclusion was a diversified selection of passive funds with relatively low fees – basically exactly what Six Park does,” Frank says.

“I looked at Six Park and Acorns (now Raiz) and Six Park had that human element in there, along with the investment committee that assessed the funds and the markets. By comparison, other options seemed more hands-off. The human element gave me a lot of confidence.”

“It’s easy – the website is clear and easy to use, the process and rebalancing is straightforward, and the customer service has been really good.

“Having the ability to trade on demand has been very useful, particularly in this time when I’ve wanted to top up more regularly.

“It’s also great to get the regular market updates from the investment committee. I’m really happy with the service.”