Six Park is a business designed around technology and automation, but its name means something far more personal for CEO and co-founder Patrick Garrett.

6 Park Avenue in Rehoboth Beach, Delaware, is a sprawling American holiday house just a block back from the North Atlantic Ocean – well-loved and largely unchanged since being built 80 years ago, its many rooms store generations of family memories. Pat’s grandfather, who was a colonel in the US Army, bought the house in 1960 with his wife when he retired after a lifetime in uniform.

“Nana and Mac already had a long connection to Rehoboth before they bought 6 Park Avenue. They’d spent summers there and they wanted a place where the whole family could come and stay for as long as they wanted,” Pat said.

Every year, when school finished for summer in early June, Pat and his brother and sisters would race home and pile into the car with their parents to drive from Washington DC to the beloved summer retreat. Their uncles, aunts and cousins would all be there, along with Nana and Mac.

“It was three months in paradise every year. There were a dozen or so kids and we spent all day on the beach or clamming or fishing.

“We’d eat early then around five o’clock the kids had to scram and the adults would talk and have a drink on the ocean porch. There were different limits on where you could go depending how old you were, but at the end of the day we’d all fall into bed sunburnt and happy with sand between our toes.”

At the end of August, the day before school was due back, they would pile back into the car without joy. The real world beckoned but neither adults nor children wanted to answer its call.

“We’d all be depressed for weeks,” Pat said. “The whole trip home was four kids crying in the back of an Oldsmobile for three hours back to DC. Being at 6 Park was just this magical time of freedom, but also of safety and security.”

Every summer and Thanksgiving the families still converge to continue building the traditions and memories that bind them close. And despite living almost half a world away since 2001, Pat has never missed a Fourth of July celebration at Rehoboth. 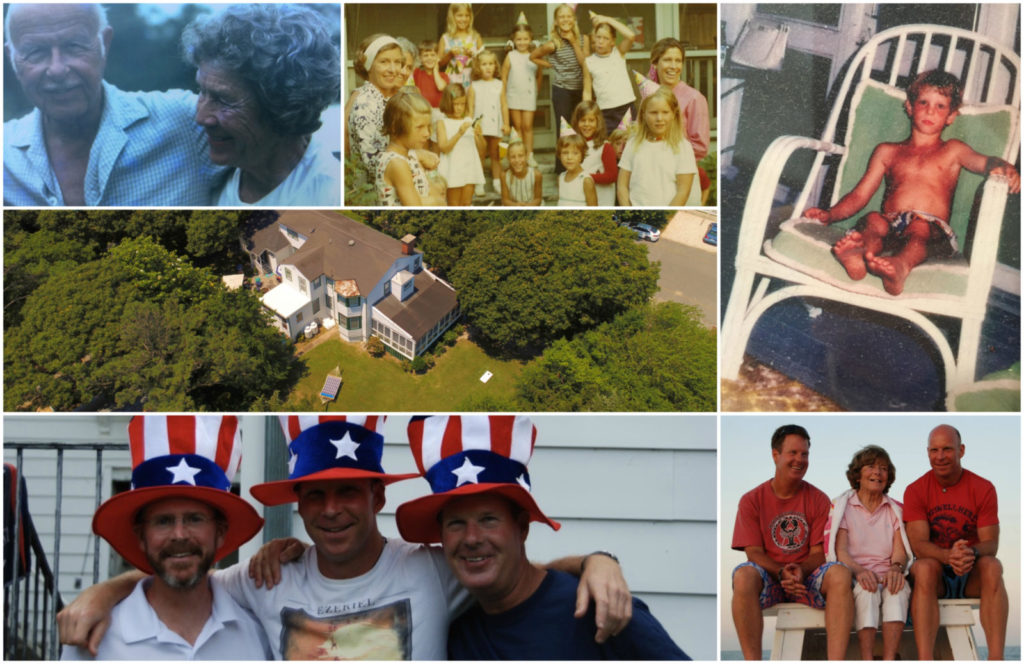 Right before moving to Australia, Pat spent a year at 6 Park Avenue to decompress after 10 intense years working on Wall Street in New York City.

It was during that year that Brian Watson, a former boss at JP Morgan, announced he was moving his family back to Australia and suggested Pat move down under to work with him for a while.

“I thought I’d stay for a year or two, but plans change,” he said with a grin.

Some years later, when Pat and Brian began forming plans for their investment management company, one name kept coming to the fore.

“The concept of the business name just resonated for me, because being at Six Park brings with it a complete lack of anxiety or stress. In a world that’s increasingly hard, a lot of people are confused and scared about money and finance – we want to be the safe harbour and refuge that people can rely on to help manage that part of their lives,” Pat said.

The name also speaks to the company’s aim for human connection through a digital platform.

“We’re a company that’s automated a lot of things but we’re also touching lives and aiming to make them better – technology lowers costs and improves access, but we don’t believe that it replaces human connectivity, so we put a lot of effort in reaching out to our customers.”

Since Nana died, 6 Park Avenue has been rented to families visiting Rehoboth, a bustling East Coast holiday town that bills itself as “the nation’s summer capital”. Pat’s family have purposefully kept the cost lower than other rentals because they like making sure plenty of people can afford to stay there.

“There’s a guestbook that everyone signs when they stay, and when you read it there are all these comments saying that we undercharge for such a lovely home, that it just feels comfortable and welcoming to everyone who visits, that its beauty is in its simplicity – it’s kind of fun now to hear people saying the same things about the company,” Pat said.

Click here to read part 2 of the Six Park story.