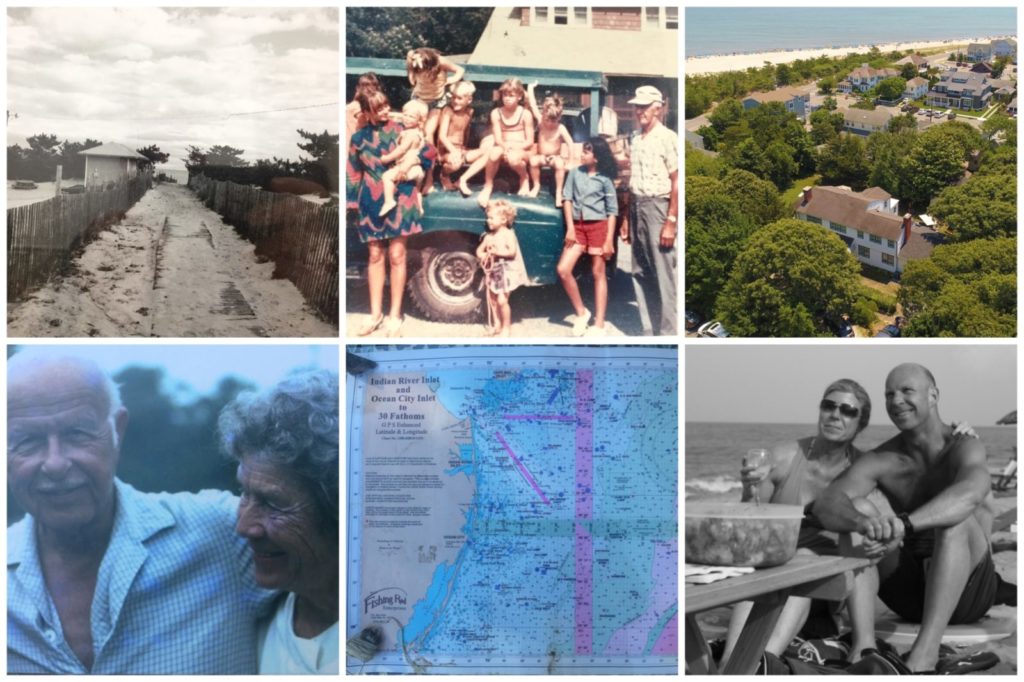 Clockwise from top left: the walkway to the beach, the 6 Park tribe, 6 Park Avenue from the air, Pat with his sister, one of Mac’s old nautical charts, Nana and Mac.

About 10 days before graduating from the University of Virginia, he secured a position in JP Morgan’s management consulting program, getting an offer while he was at the equivalent of Schoolies.

“It was 1989 and I was at a beach in North Carolina with a bunch of friends and a call came in for me offering me the job,” the Six Park CEO and co-founder said. “I walked out to the balcony, where there were about 20 people, 600 Budweisers, ample sunshine and four dozen crabs and I said ‘Looks like I’m moving to New York in a couple months.’”

He found a place to stay while he hung out at 6 Park Avenue, Rehoboth Beach, after graduation. “Someone nearby said they knew a pastry chef in NYC who was going to Nantucket for the summer and wanted to rent her little apartment to a non-stranger, so a quick phone call was made from one of those big old mobile phones, and I hadn’t left my beach chair, and I remember turning to a friend and saying: ‘Got a place to stay now, just need to go get a few suits, I suppose.’”

The job was intense, but the lifestyle was fun. “It was amazing for five years,” Pat said. “Everyone worked hard, but we were young and we had a lot of energy. Then work pressure and intensity started to mount, and a lot of the people I started out with went off to business school or moved away from New York.

“I was working really long hours doing a job I enjoyed but I was losing my passion to get up every day and keep firing – I felt a bit like a cog in a big machine.”

Disillusioned with the finance industry and uncertain about the future, he left his job in 2000 and moved to 6 Park Avenue to focus on reconnecting with his family.

“My dad passed away in 1997, and 6 Park needed some love – it had never had air-conditioning for a start, and there were lots of little things to do – and it just gave me that time out to work out what to do next.” 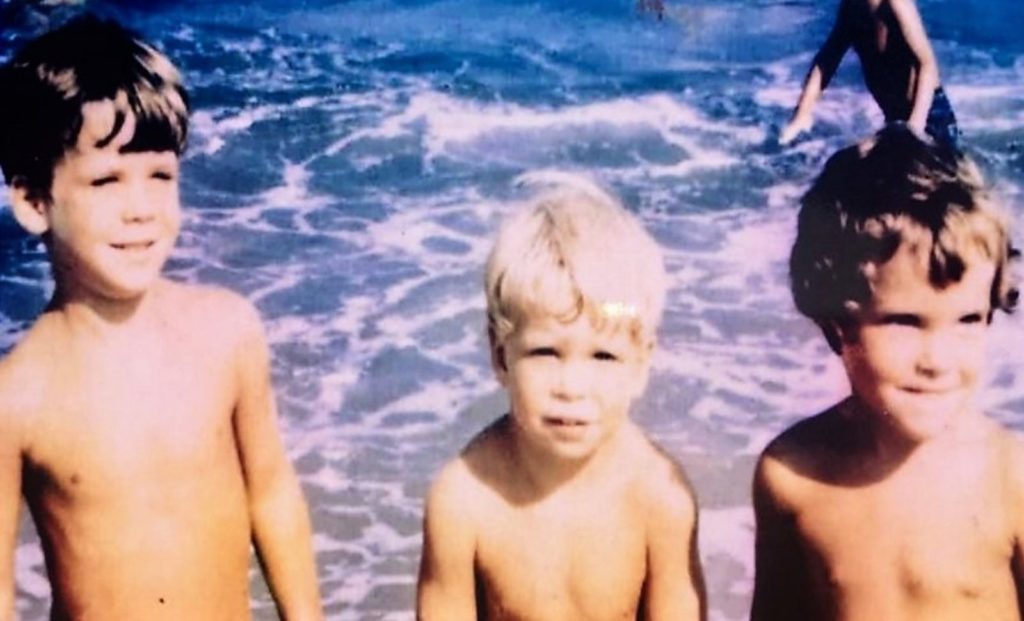 As he tidied and tinkered and hammered and repaired, Pat found his grandfather’s old nautical charts in the big old barn that he’d used as a workshop. “Mac” had been a colonel in the US Army with a background in mathematics and engineering, and had gotten into boating after retiring, including many trips into the Rehoboth Bay to clam, fish and crab with his grandchildren.  This was the catalyst for Pat’s fascination with navigation and being on the water.

“There was a kind of magic to those nautical charts – to knowing that if you planned trips correctly and followed them right, you could go miles out to sea and they’d always take you home.  No need for fancy electronics, just a compass and a chart.  I loved that,” Pat said.

He bought an old boat to mess around with, and used Mac’s charts as the foundation for trips that took him further and further from the shore. By the end of his year at 6 Park Avenue, Pat would take his boat 80 kilometres out and cast a line into the water over shipwrecks, alone and at peace.

“That process taught me a lot – attention to detail was something I already understood, but this was different, and there was some faith involved. You have to follow from point A to point B then recalibrate, then point B to C; it’s a pain-staking process and you have to make sure every step is right or you could end up lost at sea.”

Many of those lessons have influenced Pat’s approach to building his business.

“Starting Six Park was scary, but I knew we had a good plan, we had our proof points, we tested the model before we launched – we had all the tools we needed to get from point A to point B.

“When I was working on Wall Street, part of me always wanted to be the one to go out on a limb. Once we’d done our first fund-raise and we were using our friends’ and families’ money then that was it – it’s game on, and it’s all-consuming.

“There can be some phenomenal low points that test the spirit – you need huge conviction and belief, just like being out on the water and trusting that you can find your way home. And you need a dose of humility as a start-up, because otherwise you’re gonna get knocked down pretty fast. Mac was a very humble guy and I like to think I’ve inherited a bit of that from him.

“I’ve always been passionate about the product we’re offering, but there’s a lot of extra emotional fuel for me too, which makes it especially gratifying to see the business come to life.”