THE UNPREDICTABLE COLOURS OF THE INVESTMENT RAINBOW

Danish politicians. Probably not the first people you would normally turn to for financial advice. But Karl Steincke, a Danish politician from the 1930s, was definitely on to something when he quipped “It’s tough making predictions, especially about the future”.

Steincke wasn’t actually referring to financial markets in his quote, but his words are completely applicable to the investing world. As any seasoned investor will tell you, it’s incredibly difficult to predict how markets will perform over the short term. Markets rarely move in line with expectations and often behave erratically and catch even expert observers off-guard.

Consider the chart below. This colourful (but whacky!) chart shows how each major asset class has performed on a year-by-year basis over the past decade. Each row represents a different year. For each year, the different asset classes have been ranked by their relative investment returns. Rankings are left to right, from best performing to worst.

What the strange mix of psychedelic colours highlights is that the best and worst performing assets tend to vary randomly each year. You’ll note the best performers tend to rotate year by year and no single investment class consistently delivers the highest returns for more than one or two periods. What’s more, strong performers in one year tend to underperform in subsequent years. Take for example, Australian property. This asset class has been the standout performer for the last two years, but had ranked among the weakest in almost all other years. Predicting the recent outperformance would certainly have been difficult in 2011, when property had ranked amongst the worst performing asset classes for 4 years running (at the time)! 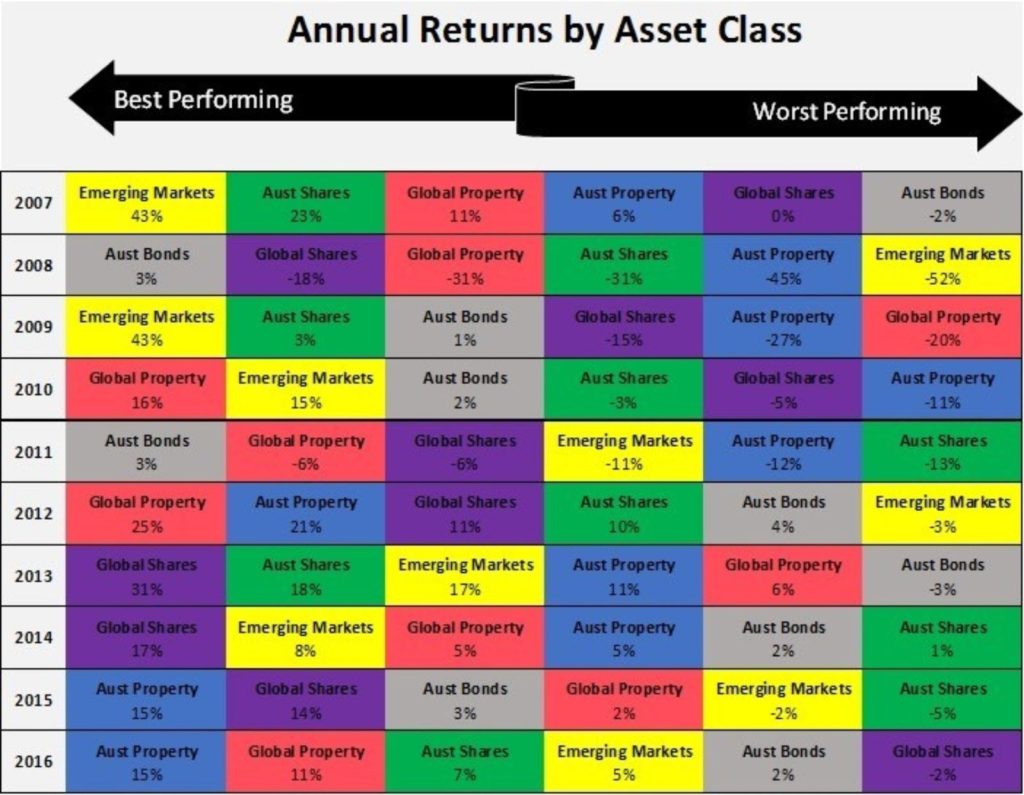