In all the coverage of Mike Smith and his wife Tanya Carter’s heart-rending battle with Locked-In Syndrome, there is one photo that seems to say it all. 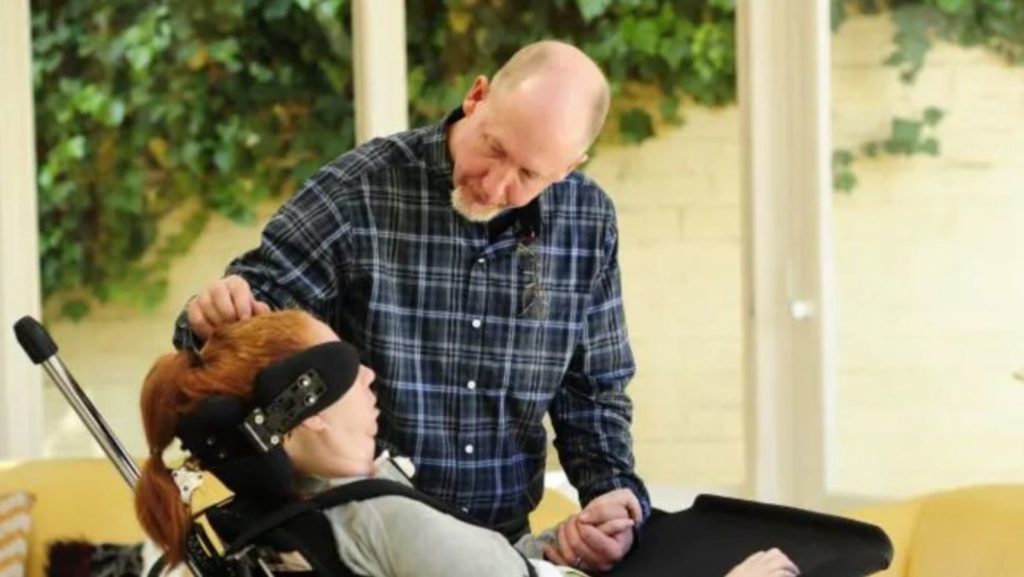 Mike is firmly holding Tanya’s hand, with his other hand stroking her forehead as he stands beside her wheelchair – a predicament he never would have imagined for the woman who taught him to snowboard and water-ski. He is looking into her eyes with compassion and commitment, to say: “I’m here, and I’m not going anywhere.”

Mike and Tanya’s story does not have the fairytale ending the couple hoped for.

Theirs was the type of relationship most of us long for. It was one of ease, companionship, honesty, and the sharing of simple joys.

“Tanya and I were inseparable – we did everything together. When we were not working we were in the kitchen, drinking wine, watching TV, just everything. We had this inflatable spa bath that meant we could sit outside in the middle of winter watching Game of Thrones – it was just us, together, all the time. We very rarely got on each other’s nerves,” Mike says.

They were lucky enough to enjoy the same things. A mutual love of the outdoors brought them together when, in 1999, Mike placed an online ad for a rock-climbing and activity partner after moving to Colorado to work for IBM. Tanya, who was part of an outdoor sports group, responded. The rest is a happy, 19-year history. For the most part.

“Tanya and I used to be extremely active. We lived in Colorado – snowshoeing, snowboarding, camping in the snow,” Mike says.

“Our idea of a great weekend was in an expedition tent, in the middle of the wilderness, in the snow, rugged-up together in a sleeping bag. We were happy with basically only what we could carry on our backs.” 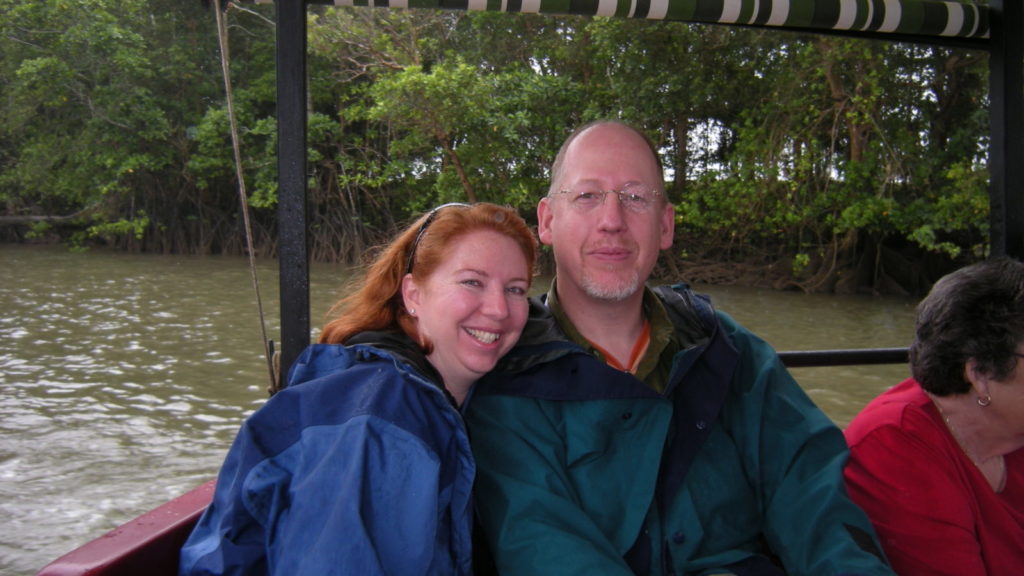 After getting to know each other while exploring the Colorado wilderness, the couple married after Mike proposed at Redono Pier where Tanya and her family used to fish when she was growing up. They moved to Australia in mid 2002, eventually settling back in Adelaide where Mike grew up.

“Moving here wasn’t a hard sell. Tanya had always had a thing for Australia – she loved Russell Crowe and I was the nearest equivalent she could get her hands on, I think,” Mike says with a smile.

The couple would often spend time with Tanya’s family in the US, visiting around major holidays to have quality time with the family. Back in Adelaide, Tanya worked as a business manager and Mike in IT. They were happy, and life was good. Then misfortune struck.

After attending hospital for routine surgery to treat a persistent cough, Tanya, 43 at the time, had a reaction to the anaesthetic and suffered a stroke that led to her being diagnosed with Locked-In Syndrome. The syndrome severely limits a person’s movements – in Tanya’s case, she was able to communicate only with up-and-down eye movements. At one stage during her ordeal, she told Mike that she wanted to renew their vows.

“I was a basket case after the stroke, but I had projects that I had to complete – there were so many processes to go through, from organising medical consumables to arranging administrative guardianship.”

Arranging Tanya’s US disability pension was a drawn-out process, and finance and tax returns were the last thing on his mind. Mike had always left the finances to Tanya and was shocked to find they had significant credit card debt. The discovery prompted him to re-evaluate their position and plan for the future. 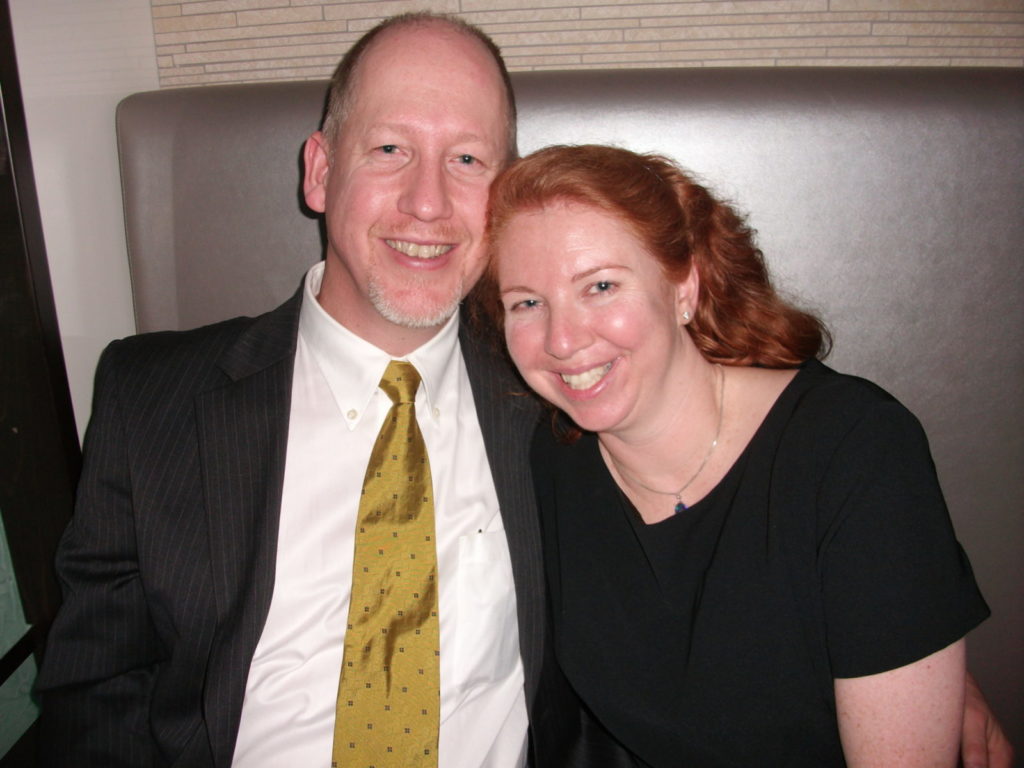 “As I paid down the debt I started to see that light at the end of the tunnel and thought it was time to execute the next stage of financial planning.”

He had been reading about the FIRE (Financial Independence Retire Early) movement and online platforms for investing when he came across Six Park.

“This method of investing is not just a landmark in Australia – it’s also pretty idiot-proof, and I just needed something simple that would manage itself. It was quick and simple and online and then we were away.

“I wanted an investment vehicle that I could just set and forget, and it’s been excellent that way. I have no stress about my investment, which is wonderful because I’ve never been an investor before so it’s all new and unfamiliar but it makes sense.”

He was then able to take a redundancy from work and invest a larger lump sum.

“Through this horrendous period of time, everything that I needed, Six Park was really able to hit the mark.”

During this period Mike was diagnosed with a benign cancer and this reinforced his awareness of the need to plan for Tanya’s care and the ease of management of his estate if it came to that.

“Even though it was benign it pulled me up short and brought my mortality into focus. I wanted to make sure that whatever I left for my executor was organised in a sensible way for them to handle. Six Park fits with that as well.”

Tanya passed away in February 2018 after developing pneumonia as a result of a lung infection. In the months following Tanya’s death, Mike suffered from panic attacks of varying extremes. 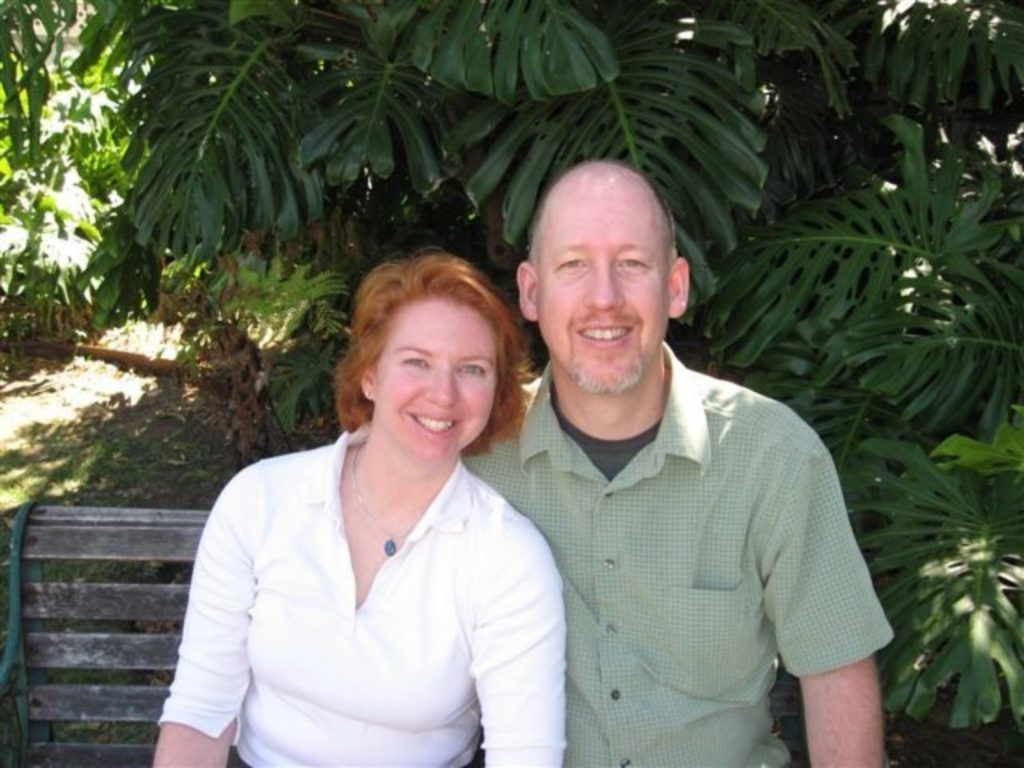 Mike says Six Park has reduced his stress to a huge degree.

“That can’t be overstated. It really speaks to the amount of thought they’ve put into what they’ve introduced and I’m actually very grateful.”

As well as feeling more freed up financially, Mike’s mood has started to pick up, with the couple’s dog Ella providing therapy and company.

“I was visiting my sister and brother in law on the NSW coast after returning from the US to scatter half of Tanya’s ashes, and I was not in a good way. I would just walk on the beach every day up and down in this freezing water with our dog Ella.   Then after about three months I realised that when I was picturing all the pictures I had of Tanya in my mind, in every one of them she had a huge beaming smile, and I realised how much joy we’d had, just how much joy – and that was my breakthrough. I realised that running through those pictures mentally wasn’t making me sad anymore, it was making me smile.”

Mike and Tanya’s story starts and ends with adventure – they had plans to travel around Australia and now Mike is continuing that path with Ella.

“I’m travelling Australia and repeating that pattern; Ella and I go to the beach and we walk and walk. Tanya is still with me. I haven’t changed – our plans haven’t changed. Tanya would have been surprised if I altered anything because she was gone.”

There’s a sense of stepping into the unknown.

“I still need time, it’s a process to work through. But I’m not in a hurry. I don’t have to be anywhere.”