This article by Richard Ferguson originally appeared in The Australian on April 7, 2018. 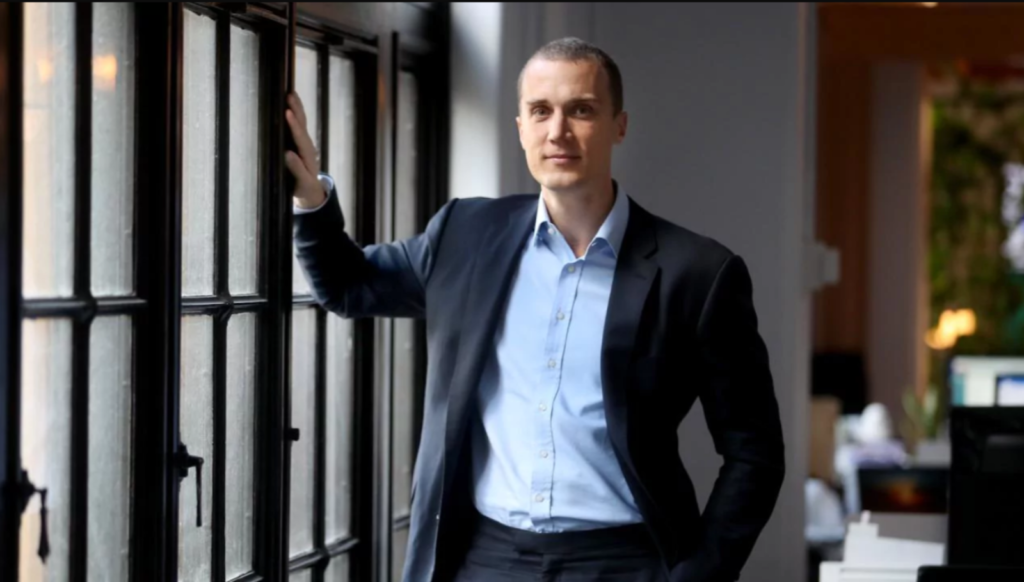 What gets a footballer into ­finance?

I was lucky enough to be drafted into AFL at the age of 17. I was earning some money and I needed to do something with it. I started doing my own research and my dad very smartly gave me a book: Peter Lynch’s One Up on Wall St. If I had to point to one thing that turned the interest into a passion, it’s that book. It gave me the confidence to invest in the market and I learnt some expensive lessons along the way (laughs). But I didn’t stop there and I wanted it to be my post-football career.

Tell us about the mistakes.

Peter Lynch’s book has a mantra that you don’t need to be an analyst to outperform. Consumers should be able to pick out things and notice them before a fund manager may. He uses the example of Subaru, and different hosieries, and that gave me overconfidence. I had a crack at Pacific Brands, which didn’t turn out to be a good idea. It was off the back of what I thought Bonds Underwear could be. It wasn’t a bad decision but I didn’t do my due diligence to (see) that Bonds only produced a small proportion of Pacific Brands’ overall income.

How did you learn from that?

More reading. I did a Bachelor of Commerce. I still loved my footy career and I’m still very passionate about it. But I wanted some real life finance action and I started doing work experience.

Where did you do work ­experience?

While I was playing footy, back in 2009, I started doing one day a week at Citigroup Australia doing research sales … I was fortunate enough later to get a position at Airlie Funds Management working under John Sevior. They took an interest in my footy career but I tried to make stock calls, not footy tips.

You are now business development manager at Six Park … What is robo-advice?

I think that’s part of everyone’s role because it’s a new term in Australia. All robo-advice is automating investment advice, automating a process that may have previously been done face-to-face and significantly reduces costs and ensures investors keep more of their returns.

Why are some traditional investors still sceptical about robo-­advice?

If someone has a $10,000 investment, we can provide something for a $50 fee. That’s something others can’t do. Some view us a threat, but others want to partner up with us.

What needs to be done to convince older people that they can part of this brave, new, millennial world?

Well, many people perceive robo-advice to be millennial-­focused but we’re seeing people in their 40s and 50s — who are conscious of SMSFs, who want balances up, who are aware of the need to invest outside Australian property and shares — and they’re just as tech-savvy, if not more. Our average client age is early 40s; a third of our clients are self-managed funds. Those people understand the difference between 2 per cent fees and 0.5 per cent fees.

Does Six Park have an ethical option?

We don’t currently but it is on our radar. I wouldn’t be surprised if we offer something later this year. We’re having discussions right now about what would be in and what would be out. It’s very grey. I noticed BetaShares just put Facebook out of their ethical shares option. It’s something we really need to think about.

What I love about robo-advice is that it’s logic and fact. It’s not gut instinct. It’s evidence-based investing.

Do you think there’s going to more cross-collaboration with funds like yours and other businesses outside the super sphere?

Yeah, I think so. Six Park is robo and tech but we’re not going to be everything to everyone. But we get a lot of interest from other businesses because our investment committee: Former JPMorgan Australia chairman Brian Watson, former general manager of the Future Fund Paul Costello, and ex-federal finance minister Lindsay Tanner.

Those are big names for you to be working with, considering you’ve only been full-time finance for a year and a bit?

I won’t lie: it’s a huge drawcard to the business offering. I’ve seen in my time some footballers who’ve had some money to invest and choosing bad options based on poor advice. It was a huge appeal to join a business with people like them.

How much do you have under management?

We don’t disclose that. Average account size is just under $100,000. Roughly, one-third of our clients are self-managed super fund trustees. We’ve got million-dollar clients but because our minimum investment size is $10,000, the bell curve skews towards the lower end.

What was your first big investment?

Does a car count? A Mazda 626 in 1995 … but seriously, I think it was BHP shares. I was quite conservative, early days, in my investing, which was a good thing. It wasn’t till I started getting somewhat trapped by looking at previous returns, and started going down small gold company stocks, that I wavered a bit.

If you’re so conservative, why are in you in a risky, newfangled thing like robo-advice?

What I love about robo-advice is that it’s logic and fact. It’s not gut instinct. It’s evidence-based investing. Once you start drifting outside your circle of competence, starting to think you can outperform a professional, you’re kidding yourself.

What are your current investments?

You can also Live Chat with our Melbourne-based team.