Jobe Watson is one of Essendon Football Club’s most beloved champions, playing 220 games for the Bombers between 2002 and 2017. He’s earned a reputation as a shrewd businessman, investing in a range of companies in Australia and overseas. Jobe is an investor in Six Park and chatted with Six Park head of communication Erika Jonsson about why he decided to back robo-advice. 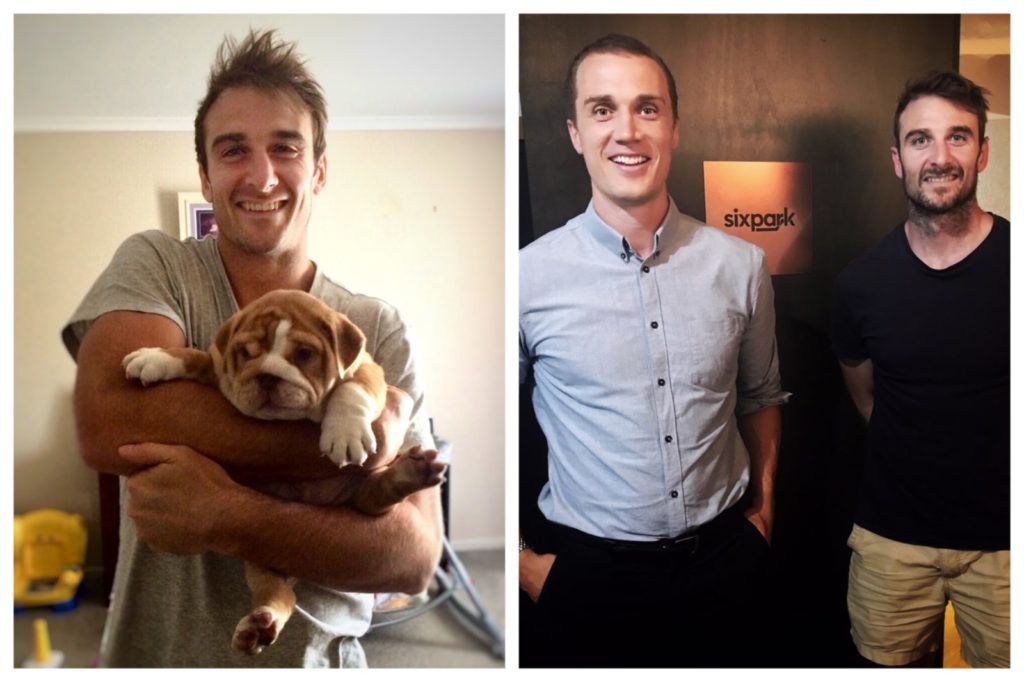 WHAT WAS THE FIRST THING YOU REMEMBER SAVING FOR? HOW OLD WERE YOU?

My first experience with saving was a Dollarmite account at school. My second was pocket money, which I would spend on 1c lollies at the local milk bar – consequently I was a chubby kid!

YOU AND SIX PARK’S DIRECTOR OF BUSINESS DEVELOPMENT, TED RICHARDS, HAVE KNOWN EACH OTHER A LONG TIME. WHAT WAS TED LIKE AS A SCHOOL KID?

The Richards family have always been close with ours. Ted was as quirky back then as he is now, I think he has probably become more prudent and disciplined with his money over the years, which made life very difficult when we travelled together. We made a blanket rule that Ted was not allowed to book any accommodation – we wouldn’t have made it out alive of Eastern Europe if he had been in control!

WHAT WAS YOUR FIRST JOB?

My first job was cleaning floors at a local café in Sandringham. When I was 14 I graduated to working at the bottle shop where Ted had worked until he got into serious study mode in year 12. I spent the next two years fixing the mistakes Ted had made. It was one of the only 24-hour bottle shops in Melbourne, so you can imagine the kind of clientele that would enter on a Sunday morning. On multiple occasions we would be chasing people down Chapel Street who had made the decision at their own discretion that the bottle of port was not worth paying for.

WHEN DID YOU START INVESTING? WHAT WAS YOUR FIRST INVESTMENT?

My first investment was when I was 13 – I had earned some money from doing tips on the radio. I wisely gave the saved earnings to my father, who followed his years of financial experience and invested in Onetel. I didn’t see much of a return on my investment.

HOW DID YOUR TIME AS A FOOTBALLER AFFECT YOUR ATTITUDE TO MONEY AND THINKING ABOUT THE FUTURE?

Apart from the odd moment briefly walking past a blackjack table in Las Vegas, I think my time in football encouraged me to be relatively disciplined with money. It also gave me the opportunity to outsource to experts when making large financial decisions, which have been my best investments. I now co-own the company I used to find my home (Infolio Property Advisors).

WHAT DID YOU ENJOY MOST ABOUT YOUR TIME LIVING AND WORKING IN NEW YORK?

I really enjoyed the new experiences and interactions I had. It was my first time living in a foreign city and I loved engaging and interacting with people from different backgrounds and experiences.

WHAT DID YOU MISS THE MOST WHILE YOU WERE THERE?

WHAT’S THE BEST PIECE OF ADVICE YOU’VE EVER RECEIVED ABOUT MONEY? AND WHO GAVE IT TO YOU?

My grandfather would say about money and all parts of life – everything in moderation. I wish I had been more interested in finance at school as it is so relevant to everyday life. I recently read an article in the Fin Review from the Chancellor who talked about the education of money and finance, and how it should be better taught and educated through school. I couldn’t agree more – the curriculum when I was at school didn’t prepare kinds for education about money and investment. I think it would be of huge benefit for society.

WHAT MADE YOU DECIDE TO INVEST IN SIX PARK, AS BOTH A CLIENT AND A SHAREHOLDER? WHAT DID YOU KNOW ABOUT ROBO-ADVICE AND ONLINE INVESTING BEFORE THAT?

It made a lot of sense to me. I heard a bit about robo-advice during my time in the US, where companies like Betterment are already very well established and understood – Australia is still catching up but I think people are becoming far more willing to look at alternatives to traditional investing. To see the kind of results that have been produced historically and marry that up with the low costs incurred, it made a lot of sense.

YOU AND YOUR PARTNER VIRGINIA ARE EXPECTING YOUR FIRST CHILD LATER THIS YEAR (CONGRATULATIONS!). HAS PARENTHOOD ALREADY STARTED TO HAVE AN IMPACT ON YOUR LIFE?

Well, I entered Baby Bunting for the first time in my life! I think the fragility and amazement of creation is the part that has most struck me. The ability to create life out of a single cell – evolution is a spectacular thing. I don’t feel like I have ever appreciated how brilliant the creation of life is until seeing it unfolding before my eyes.

To learn more about Six Park’s Investment Advisory Committee, click here. Six Park is offering six months of free investment management to new clients who fund an account before the end of August 2018. Click the “Get started” button below to get a free investment recommendation.