“I’ve been absolutely, completely broke – I couldn’t have bought a bottle of milk – so even having a bit of money is important to me for the future.”

Photographer and mother of four Sally Batt knows what it’s like to lose everything.

Born and bred in outback Australia, Sally and her husband raised their four kids in the bush. They spent 20 years on their own station before changing direction and risking it all to open an export business in Melbourne.

The risk didn’t pay off. The business failed and, when Sally’s marriage ended, she found herself a single mum who had to start building a life from scratch.

“I grew up in an environment where women didn’t learn much about money – the bush was then very much a man’s world, and a woman was not generally part of financial management and decision making.”

When passion becomes a career

Sally has built a career from an accidental passion for photography.

“When I got married in 1991, my husband had an SLR camera – I had no idea how it worked, but I picked it up and from that moment I was obsessed with it, and with taking photos of my perfect baby,” she recalls.

“I started taking photos at big family events and then I did my first wedding – I was terrified, because it’s such an important occasion, but I thought, I’m going to do this.

“It was a slow process, but that’s my life now. It’s really rewarding – I help people capture their memories, and I get to make a difference to the couples because I understand people, I love people, and I know how to make it all feel easy for them.”

Sally has since returned to outback Queensland, where she’s buying her own home. She’s also building a nest egg outside superannuation with Six Park, which she describes as small but significant.

“I’m very aware that I’m at an age that’s pretty vulnerable if you don’t have money, and it’s bloody important to me that I’m not a burden on my kids.

“It’s not a fortune, but it’s the start of my financial security.

“I was so proud of myself when I got that money invested – It was empowering and it was exciting. It was a demonstration to my kids that you can lose everything but there’s nothing stopping you from starting again. I feel the same now, when I look at it and my money’s growing – it might only be small but it’s very rewarding and comforting.”

She learned about Six Park through her kids, one of whom is also a client.

“Early on, I suppose there’s a thought of whether it’s safe – I’m no guru with investments so it’s hard to trust yourself to know what you’re doing,” she says.

“But those concerns were allayed very quickly during the process of setting up the account, and knowing that my son and my ex-husband both trusted Six Park helped. 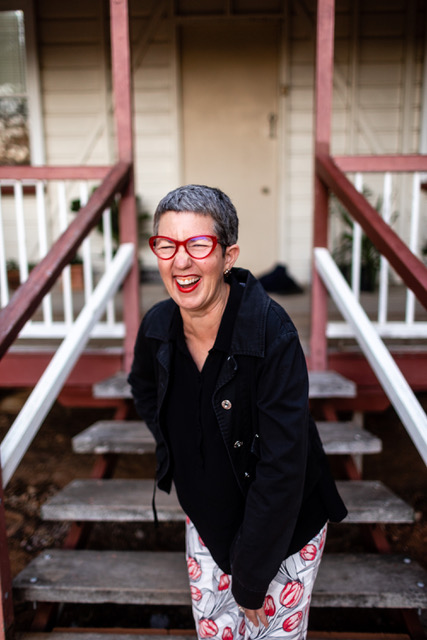 “It’s been a really great experience from the start – very satisfying and stress-free and personable. I haven’t needed much communication but, when I do, I always feel very valued and comfortable. I have confidence in Six Park managing my little nest egg, and that’s worth a lot to me.”

What is an ETF? Asking for stock tips? 5 Better Questions to Ask