Ryan Brown used to spend a lot of time managing his own investments.

“I’d done some short-term trading with reasonable success, but it was stressful and time-consuming,” Ryan says.

“There’s a lot of research that shows that it’s very hard for an individual to beat the market so I decided to buy the market instead.”

The 30-year-old product manager began researching how to invest through robo advice. 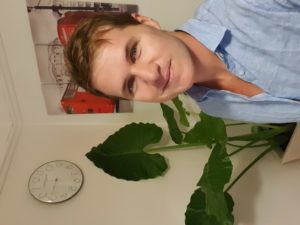 In 2020, Ryan and his partner had been intending to spend the year travelling but changed their plans when countries started shutting down borders.

“We were in Mexico when things started to get serious, and it was clear that we needed to make a decision about where we might want to bunker down. So we’re back home on the Sunshine Coast for the time being while we re-evaluate our plans.”

That has given him some time to consolidate his finances and set up his longer-term financial goals.

“I had been living and working in Sweden so I had some assets there, and my finances had become a bit messy, so my goal was to consolidate my funds in fewer places. I made a plan for where I wanted my money to be moving forward and settled on robo investing with Six Park.”

He had read about Six Park in news articles and compared Six Park with other robo advisors in Australia before making his decision to become a Six Park client.

“I had a reasonable sum of money sitting in a low-interest bank account and I wanted a smart, low-cost way to invest that in a diversified portfolio,” he says.

“It’s a smart product with good people behind it – over the longer term, and with more significant amounts of money, I believe in the philosophy that you can’t beat the market so I’ll just be the market, and Six Park does that really well. Having low-cost access to diversification that’s looked after for me is great.”

Find out more about Robo Investing with Six Park