Announcing the results, Six Park’s investment committee chairman Brian Watson AO said that 2019 demonstrated conclusively why the Six Park model should appeal to people with a need to invest wisely over the medium to long-term.

“In short, that means you need to be in the markets, not in cash, you need to be diversified, and you need to keep costs low. You can do all those things, at your appropriate risk level, through Six Park’s portfolios,” Mr Watson said. 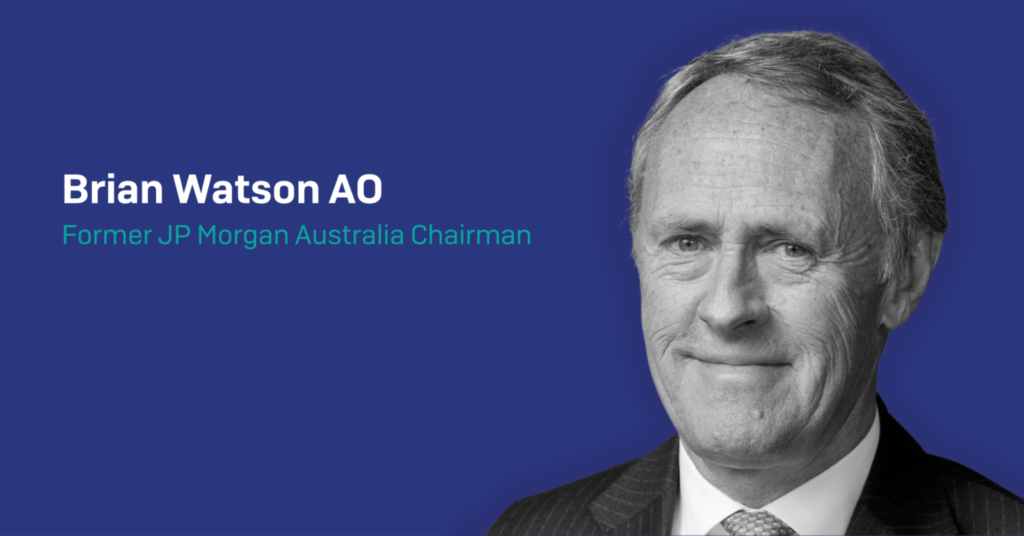 Reflecting on 2019, Mr Watson said the mood in investment markets this time last year was quite gloomy.

“We had come through a very volatile last three months of 2018, and there was not a single commentator I can recall who thought 2019 was going to be a bumper year for investing. Yet here we are now, with 2019 providing some of the best returns in a generation. There could not be a better example of how difficult it is to predict markets, or how dangerous it is to try to ‘time’ your entry or exit from the markets.”

By comparison, he said, most market observers are optimistic about 2020.

“That in itself is cause for concern, as the world is emphatically not free of risk at the moment, and as markets seem most vulnerable when all the predictions line up in the same direction.

“This matters much less to us at Six Park than it does to most money managers, as we are not trying to beat the markets – we are instead giving clients what the markets produce, but in a low-cost, diversified portfolio suited to their risk appetite.

“It is worth repeating that this is a key tenet of our investment approach. History shows that most active managers of funds fail to beat their market indices over the medium to longer term, and this is especially true in the equities markets. So, for most individuals, it is better to follow the indices at a low cost than chase outperformance and pay high costs to do so.

“Even the great Warren Buffett – perhaps the most successful investor in history – has laid out plans for 90% of his estate to be invested in low-cost index funds, recommending them as the most sensible option for the great majority of investors.

“Having said that, the Investment Advisory Committee is constantly assessing the asset allocations derived from our historical risk/return modeling, reviewing which exchange-traded funds provide the best, cheapest and most liquid access to the various asset classes we invest your money in, and judging the appropriate amount of foreign exchange exposure each portfolio should have.”

China likely to “tough out” trade pain with US: Tanner

The delegation spent almost three days in private discussions, including with leaders of a number of major Chinese companies and investment funds.

Mr Tanner said a number of significant themes emerged during the discussions.

“Now, almost a decade later, the Chinese position is very different. Their commitment to developing and utilising renewable technologies and reducing carbon emissions – no doubt partly driven by the business opportunities involved and growing domestic unrest regarding pollution – shone through in every discussion.

“Whereas previously China seemed to regard climate change as a problem caused by western countries that was for western countries to deal with, it now appears to be gradually assuming a leadership role on the issue. The change of mindset involved – from being an outsider in the global system to becoming a global leader – will be highly significant if it continues to evolve.” 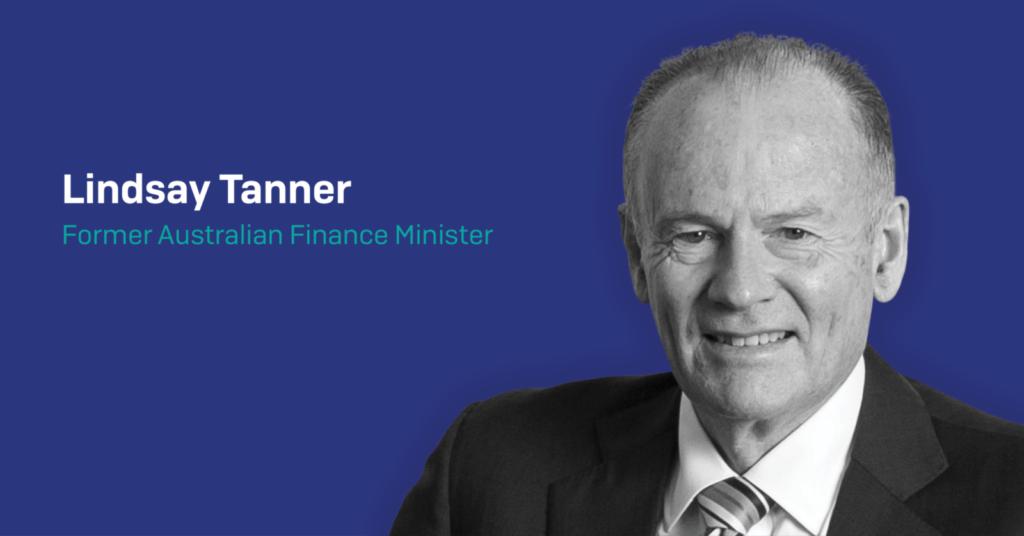 Notwithstanding difficulties in the China-Australia relationship, Mr Tanner said there was a degree of warmth towards Australia that should not be underestimated.

“China’s biggest challenge – among many – is that it has outgrown its domestic resource base,” he said.

“In order to be able to continue to grow and prosper, it needs reliable long-term access to agricultural and mineral products. A strong economic partnership with Australia is an obvious part of the solution.

“Unfortunately the combination of mixed messages from Australia – derived from our difficulty in dealing with the contradictions of being strategically dependent on the United States and economically dependent on China – and occasional Chinese prickliness and overreaction have eroded the strength of the relationship. Time will tell how this plays out, but I suspect the Chinese leadership is smart enough to realise that patience and forbearance is in their interests.”

Mr Tanner said there was a clear sense that the Chinese intend to “tough out” the pain of the current US-China trade “war” and feel that they can bear the inevitable pain longer than the US can.

“Whether this judgment is sensible is open to debate,” he said.

“Discussions with a leading economic think-tank (which, unlike western think-tanks, play a very important role in actual policy-setting) indicated that China is examining and analysing the effects of the current tensions on the American economy very closely.

“Thus far, the Chinese response has been relatively surgical and limited – no doubt because more vigorous action would entail serious self-harm – but there is no guarantee that will continue.

“The impact of the trade war on the global economy is not insignificant, but thus far has been mostly psychological rather than mechanical, as investors and ultimately consumers respond adversely to the consequential uncertainty it generates.”

Mr Tanner said that, overall, he was optimistic about the immediate future for the global economy.

“Contemporary challenges like the trade war and Brexit need to be kept in perspective: they have negative effects, but nowhere near the level that some commentary suggests,” he said.

“The most important thing is that in spite of the fact that we have had a lengthy expansion, there is still no sign of major speculative bubbles that typically precede a serious downturn. While that remains the case, I believe that modest growth is likely to continue.”

Hunt for fixed-income yield bears its own risks: Nicholson

He noted that market interest rates on government, corporate and structured bonds and loans have fallen appreciably in the face of slowing or stagnant economic growth across much of the world.

“In Australia, the options are limited, particularly for retail investors, as our corporate bond market is small and heavily oriented towards the banks. Away from this, options for smaller investors include term deposits in the range of 1% to 1.7%, depending on term and amount invested, or credit products such as those making mortgage loans to homeowners.

“There are many more options offshore, particularly in the US, including investment grade corporate bonds and an array of more specialised fixed income markets such as US leveraged loans and emerging market government bonds. Needless to say, investment managers in Australian have been quick to establish either listed investment companies or unlisted trusts offering Australian retail investors access to these higher-yielding options.” 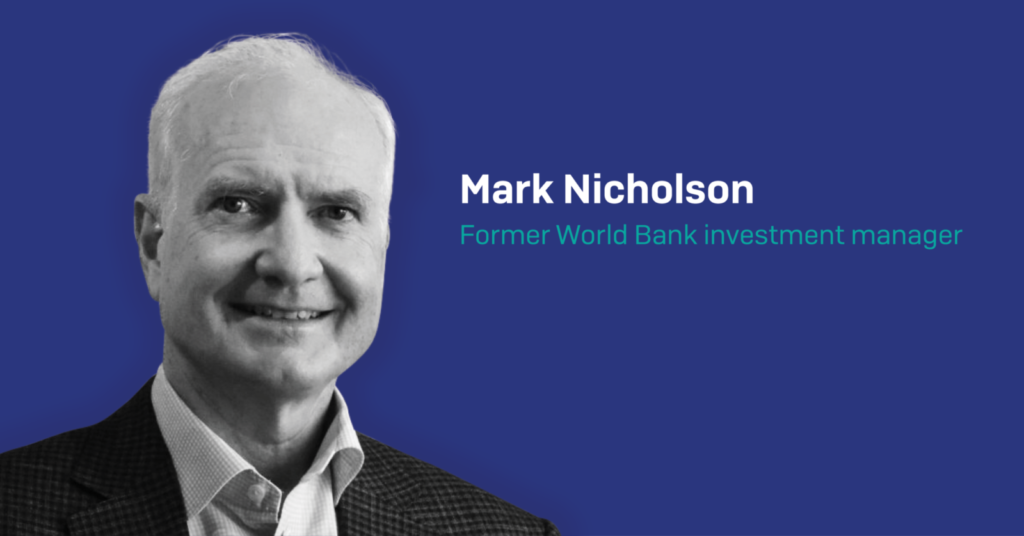 Mr Nicholson said investors pursuing the hunt for yield needed to be mindful of the risks offsetting the higher return.

“In fixed income, the risk will take one or more of three main forms: interest rate risk (the risk market rates subsequently change; for instance, an increase in market rates causing a fall in investment value), credit risk (the borrower defaults) and liquidity risk (the investor cannot redeem when cash is required, or can only liquidate the investment at a distressed price).

“These risks should be assessed against the reasons for which the investment was made.

“Generally, fixed income is added to a portfolio as a defensive asset, earning a lower expected return than equities, but providing a more stable, diversified source of income and providing a source of cash (liquidity) for rebalancing if and when equity prices fall significantly. In the search for extra yield, the risk is that investors will drift away from the second and third objectives. Higher yielding fixed income, particularly in sub-investment grade bonds and loans, carries more equity-like risk. Importantly, although the extra return is promoted as attractive, this is more so on a relative basis than in absolute terms.”

“The prospective return is low and so we have maintained a lower allocation across our portfolios than we may have recommended a decade ago, but we have resisted searching for yield in offshore credit markets as we wish to preserve the allocation’s defensive characteristics of stability and liquidity,” he said.

Mr Watson said Six Park’s strong 2019 results were a source of great pride to the company’s staff, board and investment committee.

“Everyone at Six Park is aware of the profound responsibility that comes with managing our clients’ money,’’ he said.

“It is at the core of every decision we take.

“Six Park’s conflict-free, client-focused model has demonstrated over five years, including three in the public sphere, that it can produce superior post-fee returns at a low cost. In the wake of the practices uncovered by the Banking Royal Commission, our team is proud to deliver this model to an ever-increasing number of Australian investors.”

The commentary in this article is general advice only. It has been prepared without considering your objectives, financial situation or needs. It is no substitute for financial advice. Where quoted, past performance is not indicative of future performance and may not be repeated.