Global equities surged once again in April, gaining +4.6% as better-than-expected US economic growth statistics and robust corporate earnings helped propel the S&P500 index to multiple record highs across the month.

The Six Park portfolios added between +0.5% and +2.5% in April, with our higher growth portfolios benefiting most from the ongoing equity market resurgence. On a rolling 12-month basis, our portfolios returns are +5.5% to +10.7%, which is slightly down from last month (+5.8% to +11.9%). This somewhat counter-intuitive result (given April’s strong gains) is a result of April 2018 dropping off the 12-month calculation window. April 2018 was another particularly strong month with both global and local equities rising +4% amid easing North Korean geopolitical tensions. 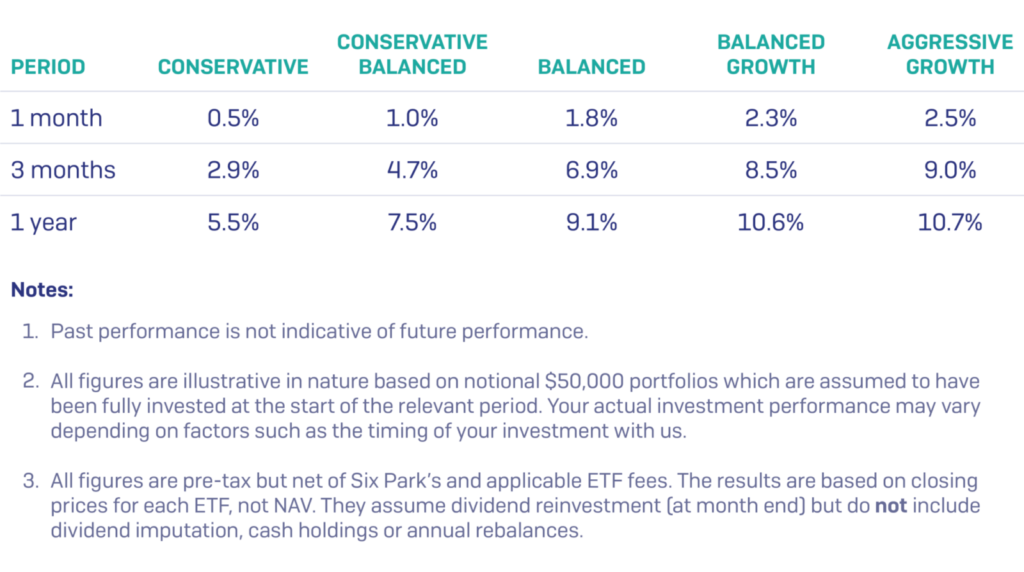 Almost all asset classes posted positive returns in April.  The strongest performers were global equity and emerging markets. Global property was the sole decliner (-1.1%) but remains the best performing asset class over the last 12-months (up +15.3%). 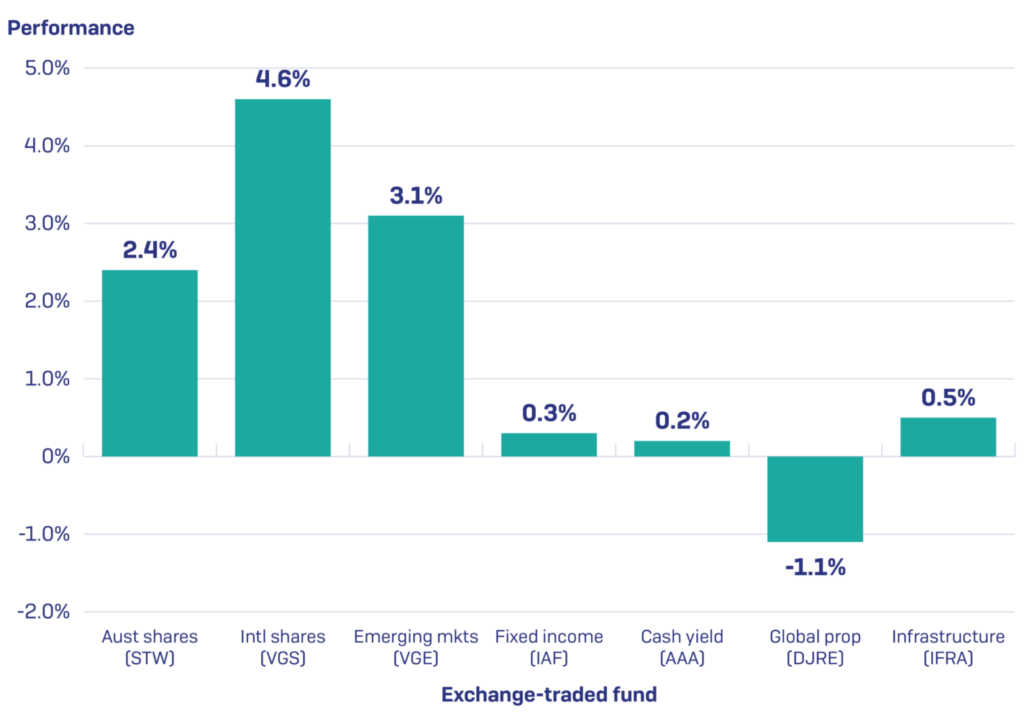 International equities made very strong gains in April, adding +4.6%. US markets led the charge, with the S&P500 hitting multiple record highs on the back of better than expected GDP and labour market figures. US corporate earnings were also more resilient than feared, with Bloomberg noting that 80% of reporting companies had exceeded analyst estimates. European equities were also strong, buoyed by a delay in the Brexit deadline (to 31 October) and falling Eurozone unemployment levels.  Japanese equities edged higher but were somewhat subdued towards month-end as a series of national holidays (to mark the ascension of a new emperor) saw the country’s sharemarket close for six days.

Emerging markets advanced +3.1% in April, buoyed by gains across South Africa (which rallied ahead of an upcoming general election), Russia (which benefited from rising oil prices) and Mexico (which benefited from senate approval of a key labour market reform bill). Chinese equities (which represent 32% of our chosen emerging market ETF) also made advances on news of better than expected GDP and industrial growth figures.

Australian shares once again trailed their global counterparts but still gained +2.4% for the month. All but 4 sub-industry sectors posted positive returns, led by consumer durables and food and beverage stocks which rose +18.2% and +11% respectively.

Infrastructure posted a relatively modest gain of 0.5%, with the sector benefiting from positive economic momentum and investor sentiment across the US and Europe.

Returns across our fixed income and cash yield ETFs remained subdued, reflecting the low interest rate environment and the RBA’s decision to keep rates on hold for a 29th consecutive month. A weaker than expected first-quarter CPI result has now raised expectations that the RBA could move to cut rates in the coming months.

To take Six Park’s free risk assessment and receive a portfolio recommendation, click the “Get started” button below.