After a torrid December quarter, equity markets rallied strongly in January, buoyed by optimism about US-China trade negotiations and signals from the US Fed that it would be “patient” before raising interest rates further.

The Six Park portfolios added +1.3% to +4.2% for the month, with our higher growth portfolios benefiting most from the broad-based sharemarket rally.  On a rolling 12-month basis, our portfolios are up +2.7% to +3.3%. While these returns are still relatively low in an absolute and historical context (as a result of the sharp Q4 downturn), it is worth noting that ASX200 has returned just +1.1% over the same period (including dividends). This performance differential is a useful reminder of the benefits afforded by a globally diversified portfolio. 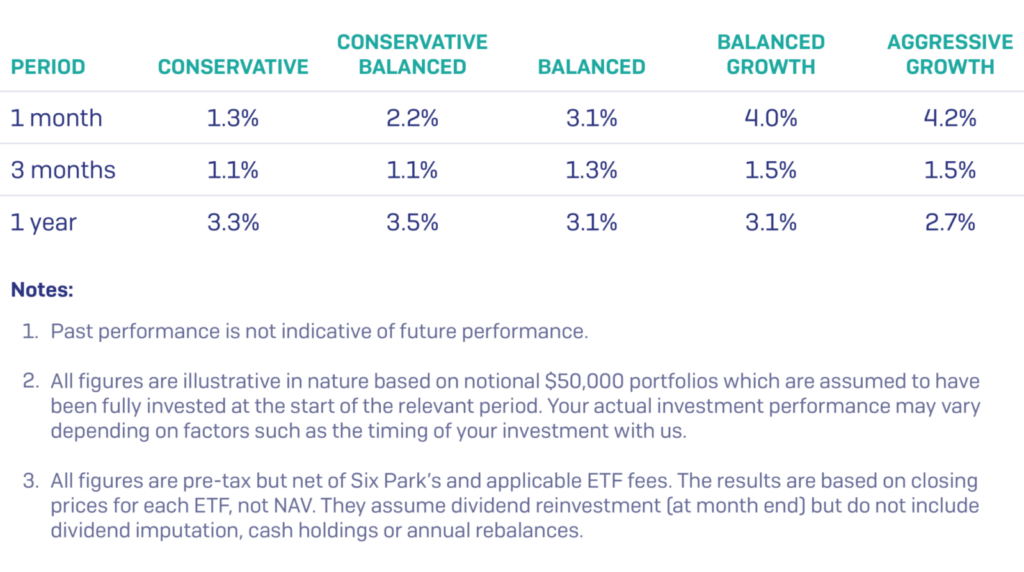 All asset classes made gains during January.  The strongest performers were infrastructure and global property, although local, global and emerging equities all registered solid advances. 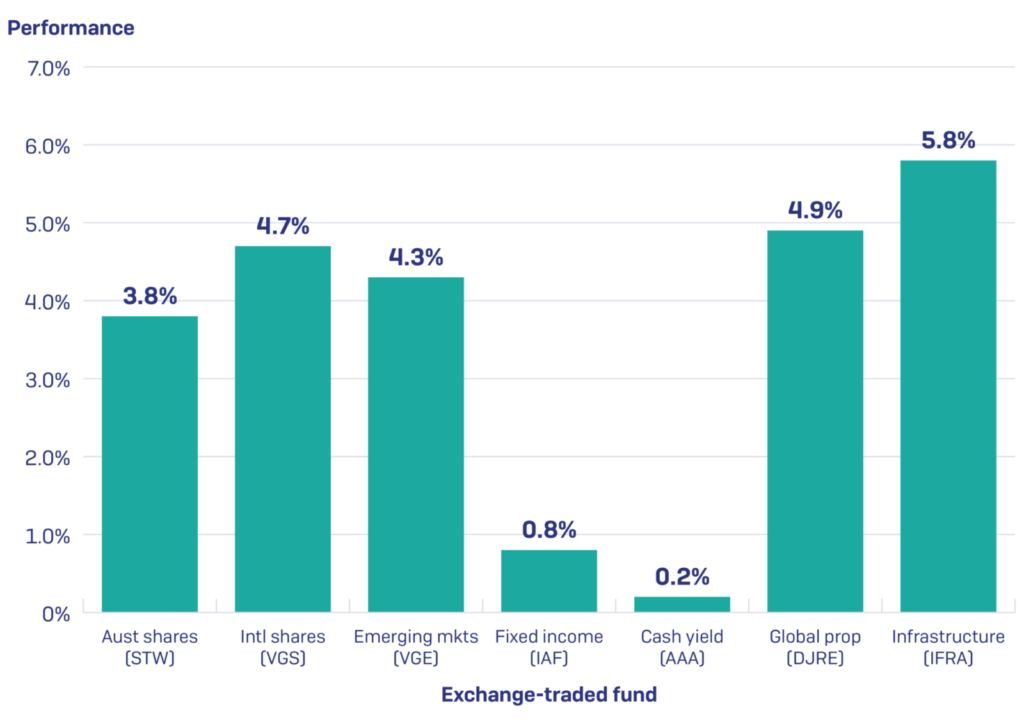 Infrastructure surged +5.8% in January, more than reversing the sector’s sharp sell-off in December. Gains were widespread, with all sub-sectors benefiting from an improvement in investor sentiment and the US Fed’s more dovish stance towards future interest rate rises.

Global property added +4.9% for the month.  Underlying sector gains were significant (7%+) as investors sought out “yield proxy” stocks (like property) in anticipation of the potential end of the rising interest environment. These gains were partially offset by the 3% rise in the AUD. On a rolling 12-month basis, global property has now returned +16%, a stark contrast to the sector’s -1% return in the prior corresponding period.

International shares and emerging markets both advanced strongly, gaining +4.7%. and +4.3% respectively (notwithstanding the AUD’s rise).  Both the S&P500 and the broader MSCI world index were up more than 7% for the month, with investors encouraged by renewed hopes of a conciliatory outcome from US-China trade talks, the Fed’s decision to keep rates on hold (and be patient in deciding its next rate move) and better than expected earnings results.  A rebound in the oil price (a function of both OPEC+ production cuts and Venezuelan sanctions) also provided a boost to major net oil exporter countries.

Australian shares followed the lead of global markets, rebounding +3.8% in January.  Almost all industry sectors posted gains, with only the banking segment declining on the back of uncertainty surrounding the release of the Royal Commission report.  Key gainers were the energy and software sub-sectors, which advanced 11.5% and 9.3% respectively.

Fixed income and cash yield were positive but remain subdued, reflecting the prevailing low interest rate environment and RBA’s decision to keep rates on hold for another month.