After a four-month rally, global sharemarkets fell sharply in May on renewed concerns over global growth and a re-escalation in the US-China trade dispute. Australian shares and domestic bonds bucked the trend, lifting 1.5% and 1.7% respectively.

The Six Park portfolios had mixed performances in May, with our lower risk portfolios advancing and our higher risk portfolios (which have higher exposures to overseas equity) falling back. On a rolling 12-month basis, our portfolio returns are still up +5.5% to +9.3%. 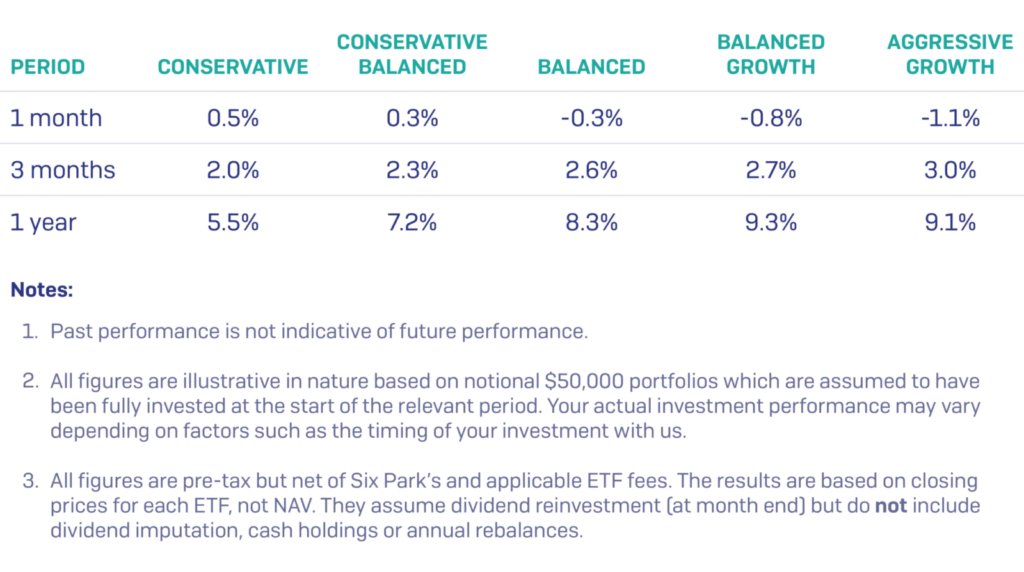 Australian bonds and shares were the strongest performers in May. Global equities and emerging markets were weakest, with the latter falling -5.2% for the month and wiping off almost all its prior gains over the past 12 months. 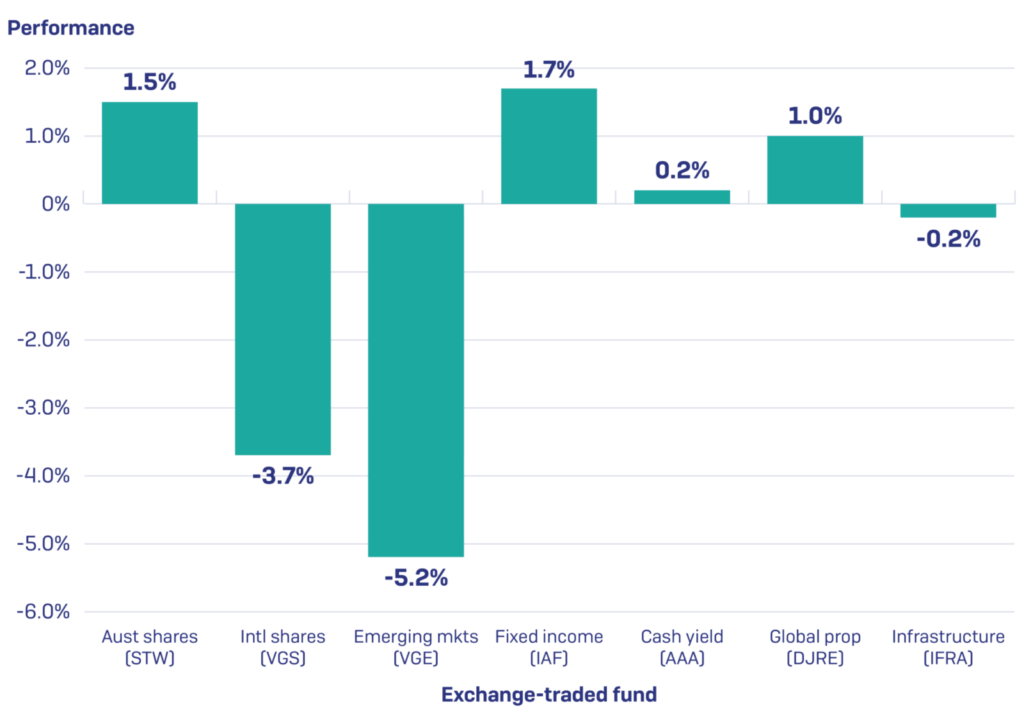 Fixed income gained +1.7% for the month, boosted by investor expectations that the RBA would cut rates in June (which it now has) and possibly one to two more times over the coming months. Falling rates have a positive impact on bond prices given the inverse relationship between bond prices and yields (read more here).

Global property added +1% for the month. While European and Asian REITs lost ground, US property stocks were broadly flat (against a very weak general market) and overall sector returns were boosted by a 1.7% decline in the AUD (which provided a currency benefit to overseas denominated assets).

Infrastructure stocks were down slightly for the month (-0.2%), with the deepening US/China trade spat weighing on port and transport operators.

International equities fell -3.7% in May, despite a 1.7% benefit from a weaker AUD. US markets were particularly weak, with S&P500 declining 5.5% and the Nasdaq losing 6.8%. Hopes of a resolution to the US-China trade dispute disappeared, with the US announcing a sharp increase in tariffs on Chinese imports and China announcing immediate retaliatory measures. Technology stocks were amongst the hardest hit, with the blacklisting of Chinese tech giant Huawei and signs of slowing global demand weighing heavily on market sentiment.

Emerging markets were down -5.2% for the month.  Chinese stocks were especially weak as the deepening trade conflict with the US and weakening economic figures (notably industrial production growth which fell to 5.4% from 8.5% a month earlier) rattled investor demand.  South Korean and Taiwanese stocks (which, combined with China, represent 57% of our emerging markets ETF) also fell sharply, dragged down by nervousness about the prospects of slowing global growth.

To take Six Park’s free risk assessment and receive a portfolio recommendation, click the “Get started” button below.