In September 2017, Steve Ktori opened an investment account with Six Park as an alternative to buying property.

“Investing seemed easier to enter and exit than property, and offered greater control,” he says.

“I’ve always been curious about investing but didn’t know much about it. I started looking at different options – financial advisers were out of reach in terms of accessibility so I got onto the idea of robo-investing and ETFs and my research led me to Six Park.”

At the time, Steve had just sold his small business. “I had a little bit of surplus cash left over and I thought it would be good to park it somewhere that was harder to access than cash and where it also might grow and offer a return.

“I chose Six Park as it really felt like a talented group of people and a very fresh and exciting prospect over other offerings.”

Four years into his journey as an investor, Steve sees his investment as “rainy-day” savings that functions similarly to his superannuation.

He says Six Park has provided an easy way to learn more about investing, and enjoys the regular emails and educational aspects of the service. But the greatest value has come from Six Park’s accessibility and affordability. 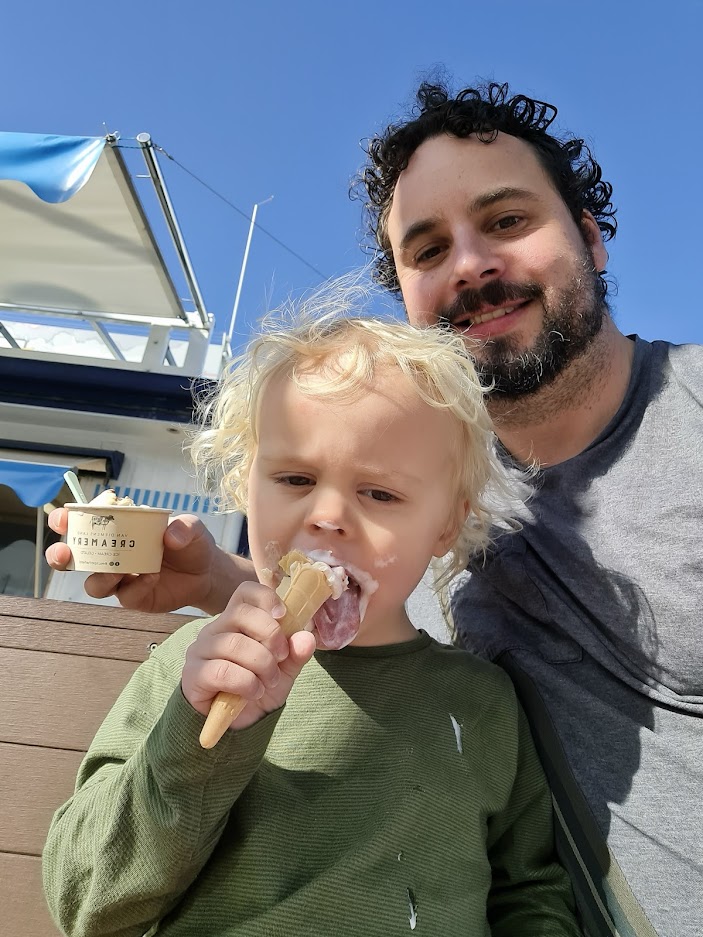 “My problem was getting an entry point into investing when I didn’t have a huge amount of money. The fees are so little; I’ve thought about the fact that I could just buy the ETFs myself, but the value I get from Six Park is excellent – I think it’s really good value for money.

“I love doing reading and research on the ETFs that I’ve got, but the Six Park investment committee that actually reviews their performance and adjusts the portfolios – they do so much more than I could ever do myself. There’s an awful lot of research and experience going into making sure we get the best performance.”

Steve, who works in operations for a document management company in Hobart, says any early reservations he may have had about his decision were quickly allayed.

“I wasn’t so much concerned about my investment going down, as that’s always a risk. You do hear some horror stories about people losing their money, but having my holdings in my name through my own Macquarie account, I realised pretty quickly that it was genuine,” he says.

“I’m quite skeptical by nature, and that was put to bed very quickly.”

Steve says he values the risk profiling process more than he did when he first became a Six Park client – over time, as his situation and appetite for risk has changed, his portfolio has changed with him.

“I started off with a fairly high-risk portfolio – over the years, I’ve taken more notice of the process and paid greater attention to the recommendation and what that really means.

“I held on during the volatility of 2020 and then retook the risk assessment after the recovery, and went down to a slightly more conservative portfolio following on from that. The market dip didn’t really feel that bad because a lot of people had already been talking about the markets being a bit outrageous, so it felt like a natural correction in some ways.”

He says Six Park has provided strong and consistent performance during his time as a client. “I’m really positive about the performance – now that my portfolio’s a little more conservative, it’s different but that’s also in line with what I want. I’m still really enjoying the experience.”

What is an ETF? Asking for stock tips? 5 Better Questions to Ask