Click to listen to the latest episode of The Richards Report featuring Alan Kohler.

In this episode of The Richards Report I speak with veteran investing journalist and finance commentator Alan Kohler.

Alan tells us how he became known for his charts and suggests that the most important chart in the world at the moment is the US 10-year bond yield (below). 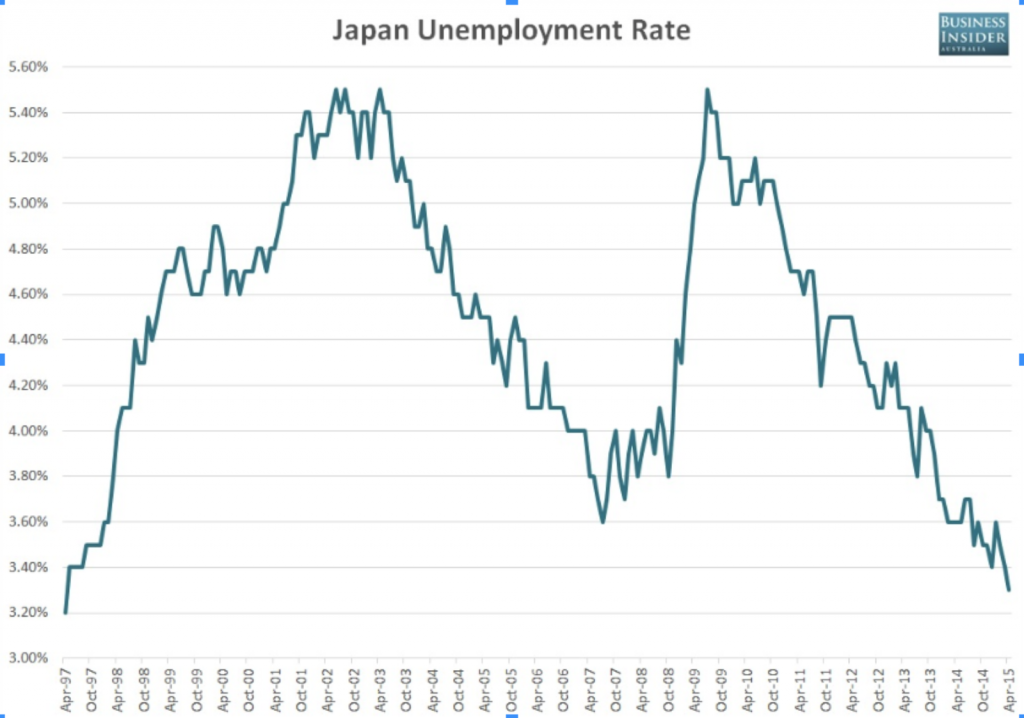 Alan explains why it is the most important interest rate in the world – assets around the world are priced accordingly as it’s the rate an investor can get for taking no risk (i.e. the “risk-free” rate).

At the time of writing the rate is 2.82% but if the 10-year bond rate goes up (say, above 3%) Alan says it is likely to have a negative impact on the price of equities.

On the topic of charts Alan also noticed that graphing Japanese unemployment figures looks exactly like Australia’s northern coastline. Unfortunately I forgot to ask Alan for the specific dates for this, but I found the effect in the chart below: 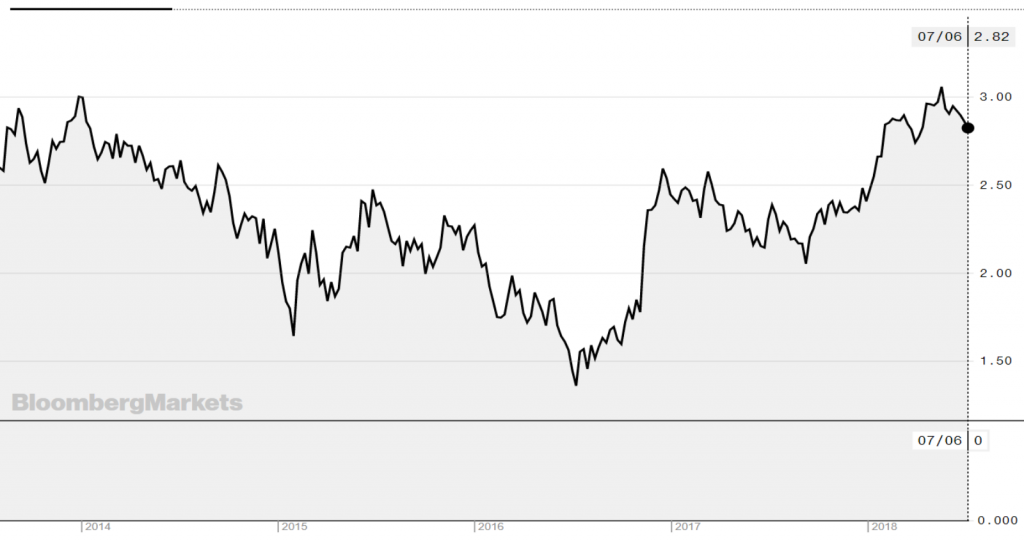 The markets are fuelled by a constant mix of fear and greed and I’m interested to find out which emotion sells more papers: fear or greed. Alan believes fear is a more powerful motivator that’s used daily to grab people’s attention. Although we don’t specifically touch on this in the podcast, my view is that ‘noise’ like this in the market is exactly what investors need to ignore from time to time.

We discuss what it’s like to be a financial journalist during a market crash in contrast with a bull market. Alan shares memories of the Global Financial Crisis (GFC), when something major was happening almost every day, compared with what we’re seeing in a bull market right now, when a lot of markets keep chugging along with much less volatility.

We touch on the differences between the 1987 crash and the GFC. The 1987 crash came quickly (down about 25% in a day – and a total of 30% over a couple of weeks) and bounced back reasonably quickly. In contrast, the GFC began towards the end of 2007 but the market didn’t bottom until March 2009. The financial crisis was more of a five-year event.

Lessons from an expert

So, what has decades of investing experience taught Alan?

Alan is very humble in answering this. He recognises that things can go wrong and that you need to protect “yourself from yourself” and to do this you need to diversify your investments. “Not putting all your eggs in th one basket is a cliche, but it’s a really true cliche.”

Personally Alan prefers to invest in smaller companies than larger companies. Small companies may not be covered by institutional analysts to the extent like a bank would be, which can create opportunities for investors – especially if it’s within your circle of competence and you know the business well. But on top of this Alan thinks that they’re far more interesting, which makes it a more enjoyable process for him.

We touch on Telstra as an investment, which many Australians have within their portfolio because it’s been paying great dividends for years at a time of low rates for term deposits. Alan has been calling Telstra a sell for a few years, because of the NBN disrupting the margins that it once generated. We touch on the many reasons the share price has dropped and how the dividend has been cut, but my own thoughts are that there’s a difference between a stock and bond and you need to remember this if you’re investing in Telstra for the dividend – it comes with far more risk than a term deposit.

Alan is the founder of The Constant Investor, which delivers a weekly analysis of investment markets, economies, investment ideas and education and will be coming out with a book towards at the start of next year, which I’m looking forward to reading.

Alan mentioned the importance of diversifying your investments. If you would like to set up your own diversified portfolio with Six Park and you fund your account in September, you’ll have a chance to win a $1000 RedBalloon voucher.

To get a free, personal investment recommendation click ‘Try Six Park now’ below. Or, if you would like a personal consultation with a Six Park team member, simply book a time here and we’ll give you a call at a time that suits you.