In a new Q and A series on women’s finance, Six Park head of communication Erika Jonsson speaks to Danielle Press about robo-advice and financial literacy. Danielle is an ASIC commissioner and a former CEO of Equipsuper and Myer Family Company who also spent 17 years at UBS Global Asset Management, including as managing director. 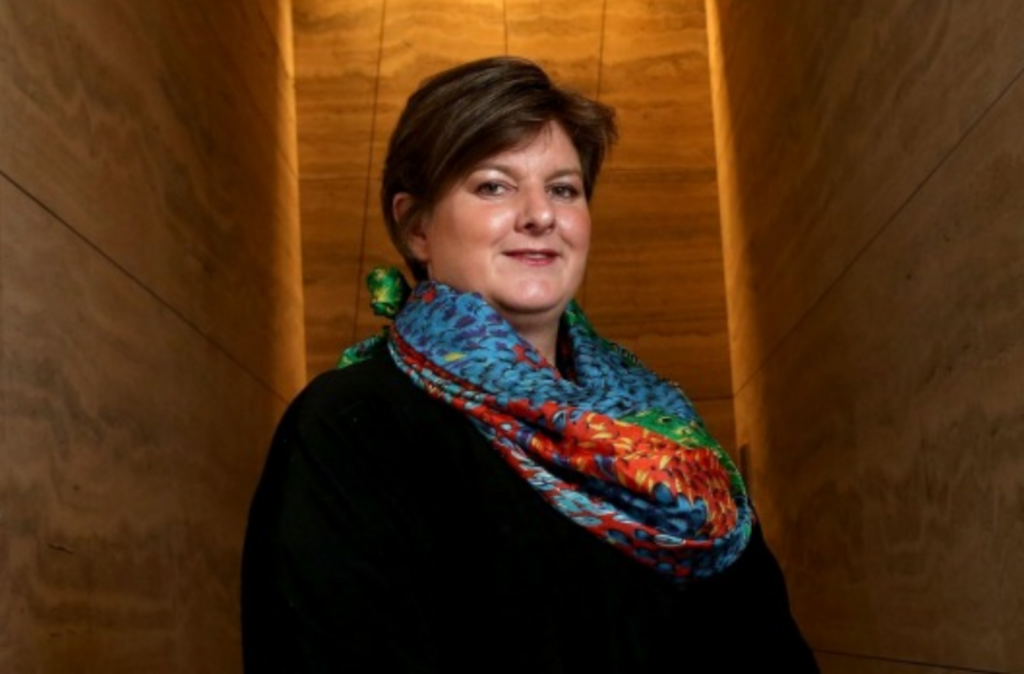 The first thing I really saved for would have been my first car when I was 18 and working as a nanny. It was a bit of a bomb, but I was really proud of the fact that I’d saved enough to buy the car. I saved 25% of everything I earned in the first six months, and I knew exactly how much I needed to work to make the money to buy the car. That probably taught me that savings doesn’t happen on the edge, it’s not an accident – it’s got to be very deliberate and very focused.

I remember my brother telling me to put the $3.50 for every coffee I didn’t drink into a jar, and that made me really competitive because I wanted to fill up the jar – that was a reward in itself. Of course, now you’d have to put $5 into the jar…

WHAT WAS YOUR FIRST JOB?

I nannied while I was at university as well as working at an old people’s home – that job taught me a lot about patience. I was working in a dementia ward, and dealing with some of the patients could be both terribly sad and terribly funny. At 17 or 18, patience isn’t necessarily your strong suit, but you have to learn patience in a job like that. And the work just has to be done.

WHAT’S THE BEST ADVICE YOU EVER RECEIVED ABOUT MONEY AND INVESTING? WHO GAVE IT TO YOU?

That saving is as important as spending and consumption – whether that’s in a jar or a bank or investing; whatever works for you. My mum was very frugal, she knew where every cent went, and that helped us learn that saving and understanding money was important.

WHAT WAS YOUR FIRST INVESTMENT?

Other than my first home, it would’ve been an equity managed account with UBS, where I was working at the time. I’ve never invested individually in shares, it’s just too hard – my job has always been about making great investment decisions for my clients, not for myself, so I’ve always invested through managed funds or, more recently, ETFs.

THE LATEST HILDA SURVEY SHOWS THAT WOMEN’S FINANCIAL LITERACY IS LOWER THAN MEN’S; WOMEN ALSO EARN LESS AND RETIRE WITH ALMOST HALF AS MUCH MONEY IN SUPER, AND ONE IN THREE WOMEN RETIRES WITH NO SUPER AT ALL. WHAT ADVICE CAN YOU OFFER TO WOMEN WHO ARE FACING FINANCIAL INEQUALITY ACROSS MULTIPLE FRONTS?

I think part of it is unfortunately is structural rather than personal, and that won’t change quickly, so with that in mind, it’s important to take responsibility. Women need to get involved and get engaged. It’s about understanding from a young age what savings looks like; making that important decision to save rather than spend. Women’s wages often end up being spent on the kids, but it should all be part of the same pool. There’s some behavioural stuff that we can change, and we need to think about how we can make small changes now that get us to a better place later. It’s changing but it’s changing slowly.

HAVE YOU ENCOUNTERED MANY BARRIERS AS A WOMAN WORKING IN THE MALE-DOMINATED FINANCIAL SERVICES INDUSTRY?

I can’t really think of many examples; they probably have been there but I can’t remember them. For me it was about pushing through, taking a breath and moving on. I was told women didn’t make good traders and so I didn’t get a job – that was probably actually a good thing for me because it’s a path I wouldn’t have enjoyed. But yes, it exists; yes, it happens.

From a pay basis, I probably didn’t get paid as much as I should or could have if I’d been more aggressive around some of my negotiations, and I think that’s a gender issue that relates to the way we negotiate. I didn’t learn to negotiate well for myself until I was much older – I was good at it for my clients but not on my own behalf.

ROBO-ADVICE IS GIVING PEOPLE NEW OPTIONS FOR INVESTING. HOW BIG A PART OF THE FINANCIAL LANDSCAPE DO YOU THINK ROBO-ADVICE IS LIKELY TO BECOME?

THE BANKING ROYAL COMMISSION HAS EXPOSED A LOT OF PROBLEMS IN THE FINANCIAL SERVICES INDUSTRY. IS THERE A SILVER LINING FOR CUSTOMERS?

At the end of the day, daylight is the best anaesthetic – the Royal Commission is shining a light on the problems, and the fact these things are coming to the fore is important. It will sharpen attention on the customer – that’s the silver lining. It will challenge people to ask questions and not just blindly follow advice. There’s got to be some personal responsibility that comes from it as well. People need to take some responsibility and inform themselves when they can.

YOU’RE THE FOUNDER OF LOKI’S LODGE, A NOT-FOR-PROFIT ORGANISATION DEDICATED TO THE PREVENTION OF ANIMAL CRUELTY AND REHOMING OF UNWANTED FARM ANIMALS. WHAT INSPIRED YOU TO GET INVOLVED IN ANIMAL WELFARE IN SUCH A HANDS-ON WAY?

It was purely by accident – I’d bought a weekender and actually didn’t want stock. I was running a fund and merging businesses; it was pretty stressful and I realised I needed some space to be able to get out of the city. I bought 80 acres on the edge of Lake Eppalock and just fell in love with the property. When I arrived there were cows on the property that hadn’t been moved, which was annoying at the time, so I found someone to come and pick them up. When they were due to be picked up, I noticed that one of the cows didn’t look great – it turned out she was giving birth, and I couldn’t bring myself to send away a cow with a day-old calf. I couldn’t give them up and then I fell in love with them.

From there I got a call from a friend, asking me to take some alpacas – then donkeys – then it became evident there was a real need for someone to rehome rural animals when people are moving off the land. You just can’t send a hand-raised lamb to market. As I looked around and talked to people about farming and production, there seemed to be a real disconnect between animals, animal welfare, and where our food comes from, so we added some education around that issue.

My nephew now works at the lodge 30 hours a week, and we have about six or seven volunteers who help out. There’s absolutely demand, but we’re dependent on funding as to how many animals we can support. Right now we have nine cows, a water buffalo that came from Echuca, 20 alpacas, seven donkeys, five ponies, five goats, seven lambs plus four sheep, five pigs, and a multitude of ducks, geese and chickens – around 115 animals all up, plus dogs and cats. It keeps us busy. All my best ideas come when I’m talking to the alpacas!