Gemma Dale is the host of Your Wealth podcast, a weekly podcast for investors that features insights and updates from market and finance experts across a range of topics. She’s also a regular market and finance commentator on Sky Business and other print and broadcast publications. Six Park head of communication Erika Jonsson caught up with Gemma for the latest Women In Finance interview. 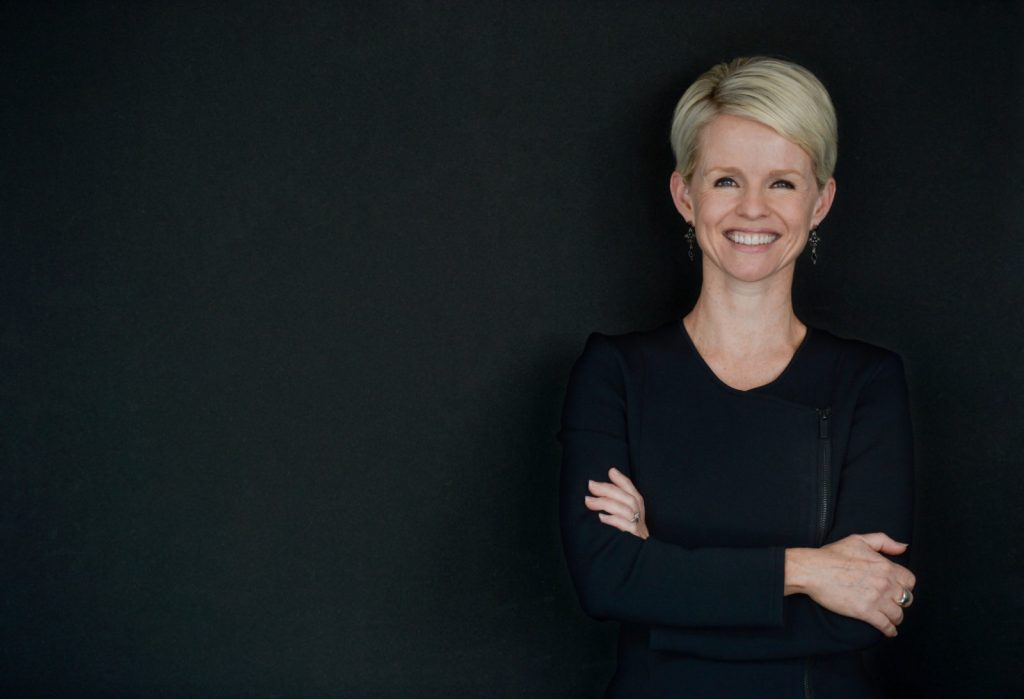 I don’t remember saving for anything in particular as a young child, but I did love saving and knowing I could make decisions with money. When I was in year 10, I saved literally every dollar from my first job for a school trip to New Caledonia – I saved the entire amount I needed and then my parents told me they were paying for the trip, which blew my mind. I put the money I had saved into a term deposit instead, which ended up helping fund my gap year travels after I finished uni.

WHO WERE YOUR FINANCIAL ROLE MODELS WHEN YOU WERE GROWING UP?

My parents were my role models – they came from very different and interesting backgrounds. My mum’s mum in particular was severely affected by the depression, so Mum was extremely careful with money. My dad grew up in a very wealthy family but he was a scientist so we had a very modest upbringing. Both my parents believed in not spending more than you have and living within your means. They were really careful and sensible with their money and, as kids, we knew we didn’t have as much money as other families had. I remember being one of two kids in my class who didn’t have a Cabbage Patch Kid – I begged and begged but my parents were very clear about the fact that we couldn’t afford it.

As we got older and my parents became more financially secure, my father started to get into investing. I was a teenager, so I had the privilege of watching someone learn about investing. Dad’s an academic and Mum’s a teacher so they took a very educated approach to learning about how they wanted to invest. My father bought into early floats, which was a great way to build a portfolio in the ’90s – I remember picking up a prospectus for Woolworths and taking it home for him! Mum managed the family finances; Dad managed the investment side. They made great decisions over time.

YOU’VE STUDIED ECONOMICS, BUSINESS, FINANCIAL PLANNING AND ARTS – WHAT ATTRACTED YOU TO WORKING IN FINANCIAL SERVICES?

I had an absolutely exceptional economics teacher at school who made it very accessible and interesting. When I went to university I studied economics as well as English and journalism, and I enjoyed a lot of the elements of that. I travelled for two years and worked in IT and when I came back I realised I had no idea what I wanted to do. I wrote a list of jobs I would be interested in doing and one of them was financial planning. I really liked the idea of being structured and sorted financially – your finances should serve you rather than being indebted and scrambling and finding your financial situation stressful.

I was offered a job in financial planning at a time when planners were only just starting to have qualifications. Education was everything in my family; I was doing post-grad work to study financial planning but I was working with people who were advising on other people’s life savings who had no qualifications at all – that absolutely shocked me. In addition, commissions and payment structures did not appeal to me at all – I hated the idea of targets around other people’s finances. I knew that wasn’t a path I wanted to take, so I lasted a year then moved into paraplanning and technical – I loved understanding the legislation, following the markets and developing strategies that would help people end up much better off. All of my roles subsequently have aligned to that. Now I get to explain stuff directly to investors and help them understand how things work, and it’s incredibly rewarding.

NABTRADE RECENTLY RELEASED RESEARCH SHOWING SOME REALLY INTERESTING DIFFERENCES BETWEEN THE WAY WOMEN AND MEN INVEST IN AUSTRALIA, WITH WOMEN FAVOURING RETAIL AND LONG-TERM INVESTORS WHILE MEN ARE MORE LIKELY TO HOLD ENERGY, GAMBLING AND INTERNATIONAL SHARES. WHAT OTHER DIFFERENCES DID YOU FIND INTERESTING OR SURPRISING?

Finding that younger women have larger portfolios than men was super-exciting for me, though it drops off significantly through the different generations. A baby boomer female will have a significantly lower balance than her male counterpart. It does exactly illustrate what we’re seeing from young women and men – in all areas of life, young men typically take more risks than any other group of people and we also see that in their portfolio behaviour. Seeing young women getting started and building portfolios is awesome. Women are also more likely to favour ethical investments, which is not surprising to me at all. Even back when my parents were starting out as investors, my mum was completely against investing in gambling companies, for example.

Even though there are differences in the way women and men invest, it’s not like there’s some special market for women, and I don’t think that women need to be taught about money differently to men. Women are very thoughtful about how they manage money, but it can be really easy to feel the deck is stacked against you, which can then lead you to opt out. If you’re less financially secure than your husband, for example, even having conversations about money can be really difficult. That’s part of why confidence and education are so important.

Cash savings was the big thing for me, when I was saving to go overseas after finishing uni. I had money in term deposits – even learning that the rates could change while in a term deposit was an education. The first share I bought was a NAB share, long before I worked for NAB; I had loosely understood that if the share price drops, it can be a good time to buy; what I didn’t firmly understand was why share prices may drop and that it typically happens for a reason! One of my big success stories was buying CSL shares at $15 – I’m still pretty proud of that.

WHAT’S THE ONE THING YOU WANT EVERYONE TO KNOW ABOUT MONEY?

It’s just maths – it doesn’t need to be scary! If you have a pen and paper, you can probably sort out your finances. So many people get intimidated by money; one of the biggest challenges is the proliferation of information, but if you sit down and take the time to understand something, it’s either quite tangible or it’s beyond you, in which case you should probably leave it alone. Find the person who can explain things to you the right way. It’s easy to get it in your head that you’re not good at something, but you can master anything if you find the right way of learning – and being able to do it will change your life.

The other advice I’d give is to build your infrastructure and automate as much as you can – that will reduce your mental load and mean that you don’t have to make as many decisions. When you’re in tough situations, you don’t want to be having to make decisions, so having the right infrastructure to have things just happen makes such a difference. If you can set up a regular savings plan or a higher repayment strategy, you’ll be in a great position.