Angela Thompson is the digital marketing manager at Sharesight, which provides portfolio tracking tools for investors and the professionals who serve them (including Six Park). Angela grew up in Canada, moving to Australia in 2013 before joining Sharesight in 2014. In the past five years, Angela has transformed herself from a finance novice to a confident investor with a portfolio of ETFs that she manages herself. She speaks to Six Park head of communication Erika Jonsson about her investing journey. 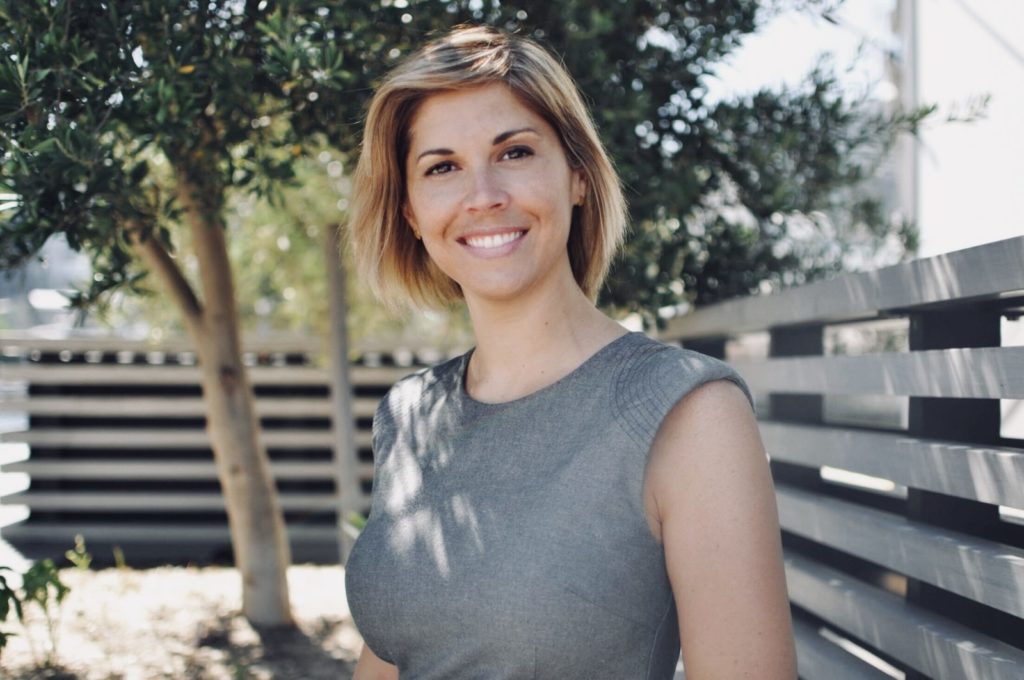 WHAT WAS THE FIRST THING YOU REMEMBER SAVING FOR? HOW OLD WERE YOU?

The first thing I remember really saving for and buying was a computer. I’d previously used the family computer, or a hand-me-down from an ex-boyfriend. But I wanted my own computer (with a flat-screen monitor!) so I did some research, saved up, and bought it. I would have been in my early 20s at the time. It’s nerdy to say it, but I loved that computer!

WHO WERE YOUR FINANCIAL ROLE MODELS?

My dad was probably my major influence, but Mom and Dad were both involved in the household budgeting. My mother was a stay-at-home mom when I was little, and I remember my parents sitting around the kitchen table about once a month, carving out some time together to review the budget and household finances.

My parents put money away to help my brother and I with our uni fees, and my dad walked me through what I needed to know when I finished school to make sure it lasted through to the end of university. I paid my uni fees each year from the lump sum given to me, I worked to pay for my books and other expenses, and I lived at home to keep my costs down.

WHAT ARE THE DIFFERENCES YOU’VE NOTICED BETWEEN AUSTRALIANS AND CANADIANS WHEN IT COMES TO MONEY?

My perception is that Australians have a higher level of financial literacy than Canadians – certainly more people tend to own direct shares in Australia than in Canada. The fact that Australians have mandated super means they don’t have to worry about saving quite so much, but that can also make them a little bit complacent because that saving happens whether they pay attention or not.

A lot of Australians don’t know how much super they have or how it’s invested, whereas Canadians have to make a deliberate and conscious decision to save for retirement, so they probably tend to be more aware of how much money they’ve put away.

WHAT WAS YOUR ATTITUDE TO INVESTING BEFORE YOU JOINED SHARESIGHT? HOW DID YOU FEEL ABOUT JOINING A FINANCE COMPANY?

Canada doesn’t have mandatory superannuation like Australia – instead, you can make voluntary tax-free contributions to a Retirement Savings Plan (RSP), which most people do in some form. I had some investments in managed funds through my RSP in Canada – I think that’s what most Canadians probably invest in without necessarily knowing why or what they’re doing. People do it pretty blindly and can be paying pretty high fees. I had no idea of the true costs of my investments – I was just getting a stale paper statement once a year telling me a little bit about how I was doing.

When I first started at Sharesight I was a bit intimidated about joining a finance company – at that point I didn’t even know the terminology in the Australian financial landscape so it was pretty hard. The turning point was probably when a friend bought some exchange-traded funds (ETFs), which helped me learn more about passive investing. I think everyone who works in finance should invest in something on day one because it provides so much insight into the processes and how things work for your clients.

WHAT WAS THE FIRST ETF YOU BOUGHT?

I bought units of VGS (Vanguard Global Shares) – I wanted to start with an international ETF. It made a lot of sense to me to invest in a lot of different companies through one holding. Over time I’ve added more ETFs and learned about how to rebalance my portfolio.

I think the hardest lesson was the importance of keeping things simple. I only invest in ETFs, but even with that you can get carried away and end up buying too many different ETFs and mistaking the difference between diversification and asset allocation.

My target allocation is nearly where I want it to be now, but it really is a lot of work and you have to do your research. If you’re not honest with yourself in wanting to learn it and figure it out, then you’re better off getting some professional help from a service like Six Park. I work in the industry so I wanted to know all the steps involved.

The hardest thing to communicate is probably how important it is to track how you’re going in an effective way. There’s a point between set and forget and overdoing it – you want to be able to understand performance, the tax implications of buying and selling, the impact of currency fluctuations, those kinds of things.

WHAT SORT OF PEOPLE USE SHARESIGHT?

We have a very interesting mix. We used to think it was mostly baby boomers and active traders with large balances. But we also have a much younger millennial user base that’s making a big impact. They have fewer holdings but they want to be engaged and involved. Our user base is primarily male, and unfortunately that’s the general trend when it comes to investing, but it’s changing over time. It’s more the DIY investor who might’ve used a spreadsheet in the past but now they also want tax reporting and performance. People are typically either really big-picture or really granular, so some people might check in once a month and others might check in six times a day. It’s such a broad spectrum and there are so many different kinds of investors and different facets to why they’re investing.

WHAT’S YOUR ADVICE TO PEOPLE WHO MAY BE THINKING ABOUT INVESTING FOR THE FIRST TIME?

Be honest with yourself about how hands-on you want to be – if you tend to be a DIY person, you might want to do your own trading, but if you’re still learning or you want to dip your toes in the water, then enlist some professional help but be aware of your costs. In Canada I’ve moved my RSP funds to a robo-adviser called Wealthsimple – I could do it myself but I’d rather leave it with the pros. That same bank account that my parents set up for me was the account that I used to set up my RSP, but they weren’t providing me with any visibility or any real benefits – when I started to move my investments away they never even contacted me. And that’s why people are moving away from banks and moving to new modes of investing and saving like robo-advisers. You don’t need to know everything about finance to make confident decisions, but you do need to understand the basics to be able to make the best decisions for your situation.

Click here to visit Six Park’s women’s white paper form, where you can download a copy of “How to be a financial superwoman”.