Shivani Gopal has a Masters Degree in Commerce (Financial Planning) and is currently undertaking her MBA at the University of Sydney. She was recognised as one of Inside Small Business’ Top 50 Small Business Leaders last year, while Cosmopolitan Magazine named her among Australia’s top career women. Her social enterprise, The Remarkable Woman, empowers women to achieve their goals personally, professionally and financially. She speaks to Six Park head of communication Erika Jonsson about the importance of financial independence. 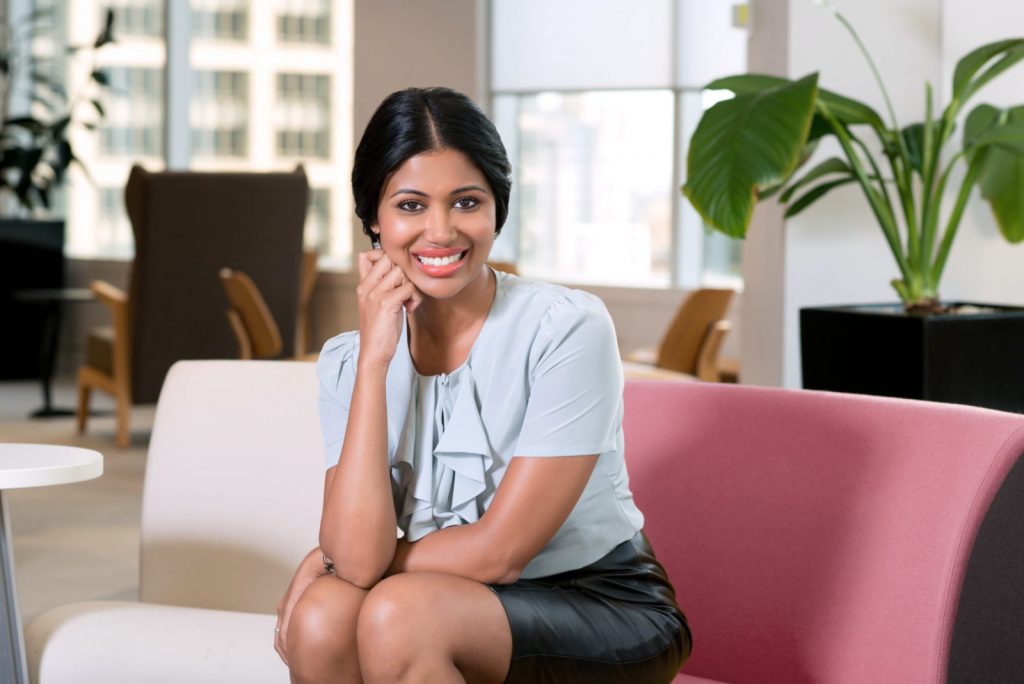 There were two things. I used to work at my parents’ restaurant and I would get $5 a shift and it was brilliant because it taught me early lessons about money. At Christmas there was always a huge bounty of gifts and when I was quite young I decided I wanted to be the giver, not just the receiver. I had saved $700 and contributed just as much as I wanted because I didn’t like the one-sided nature of the giving.

Beyond the money I earned at the restaurant I also received $5 a week in high school, mostly to spend on those external sport classes or to use if I wanted to buy something at the canteen or similar. My parents were quite conservative and not really into make-up and such, but I was a Millennial girl so I would go to the shops and buy a lipstick or a mascara by saving the left-over change from sport.

I suppose I learned quite young that if you want something, you’re patient and you work for it, and that if you save, you can get the things you really want. I would encourage everyone to teach their kids the value of money by making them wait and making them save.

WHY DID YOU CHOOSE A CAREER IN FINANCIAL PLANNING?

I realised very early in life just how important money was – that it can build you up or it can break you down. I realised that when my dad had a serious heart attack – he was really knocked about and had two bypasses and he couldn’t work, and I saw the impact of that financially. I think it’s so important that we get comfortable talking about the uncomfortable – we need to share stories about our ambitions and growth as well as what happens when the chips are down.

YOU WERE MARRIED BY THE TIME YOU WERE 20 IN WHAT YOU’VE DESCRIBED AS AN “UNBELIEVABLY SCARY” SITUATION OF FAMILY DOMINANCE. WHAT DID YOUR EXPERIENCES TEACH YOU ABOUT LIFE AND MONEY?

I learned a lot during that time – people will only support you and appreciate you to the point that they support and appreciate themselves. It’s your responsibility to support yourself and make yourself happy. I realised I could stay and live an unfulfilled life, or I could leave and choose myself. I chose to leave and that was incredibly tough but I had to realise I was worth it.

I also learned that your financial independence is the tool to your freedom. I was crying to a girlfriend about how I couldn’t leave and she agreed and asked me: “How could you ever afford to leave and survive on your own?” And I wondered what she meant by that because money was the least of my problems. But then saying that out loud made me realise that, actually, I did have a choice. And that’s why I advocate financial empowerment for women – to save for a house or a car or to leave an unhappy marriage.

WHAT INSPIRED YOU TO START THE REMARKABLE WOMAN?

It was noticing fewer and fewer women in the workplace as I moved forward in my career – that saddened me and made me reflect on how hard my journey had been and having to try exceptionally hard to be recognised for my talent. I couldn’t just be good or great – I had to be exceptional, and that is not merit. There are two ways of fixing that – one is empowering women, who are structurally disempowered by the pay gap and the leadership gap. The other is giving women access to leadership and mentoring. I wanted to give women access to that without the awkwardness of having to ask for help.

WHO WERE YOUR FINANCIAL ROLE MODELS?

My parents. They both worked incredibly hard and came home and contributed equally to the household. They did equal amounts of cooking and cleaning – it taught me that a couple should contribute together. That was incredibly powerful for me. My mum is always saving for something, and she was modelling for me what being visionary with your finances looked like. There are dividends to discipline.

WHAT HAS BEEN THE MOST REWARDING ASPECT OF STARTING YOUR OWN BUSINESS? WHAT HAS PRESENTED THE GREATEST CHALLENGE?

The most rewarding thing is being on the path to realise my vision and pushing myself outside of my comfort zone – I think we owe that to ourselves. The biggest challenge? I’ve been a corporate workhorse all my life and it’s hard to untrain some of those things and learn how to be a really good business manager – not just a people manager or entrepreneur. Taking control of my ideal day and week and how I’ll run things has been relatively new.

WHAT ADVICE WOULD YOU OFFER TO WOMEN AIMING TO BRIDGE THE GENDER PAY GAP?

There’s a lot of support out there – one of the most impactful things we’ve been able to do is help women renegotiate their pay. I’d encourage women not to negotiate against themselves – don’t make it easy or cushion someone in the negotiation room. I would also advise employers and women not to talk about what they’re currently earning – we undersell ourselves. Negotiate for what you deserve, not what you’re currently earning.

Click the “Get started” button below to take Six Park’s free risk assessment and get your investment recommendation.