Rando Yam has a clear picture of what he wants his baby daughter Abigail to appreciate about money by the time she turns 18.

“I want to have taught her the benefits of starting to save early, putting money away on a regular basis, and the importance of diversification and magic of compound interest,” Rando says. 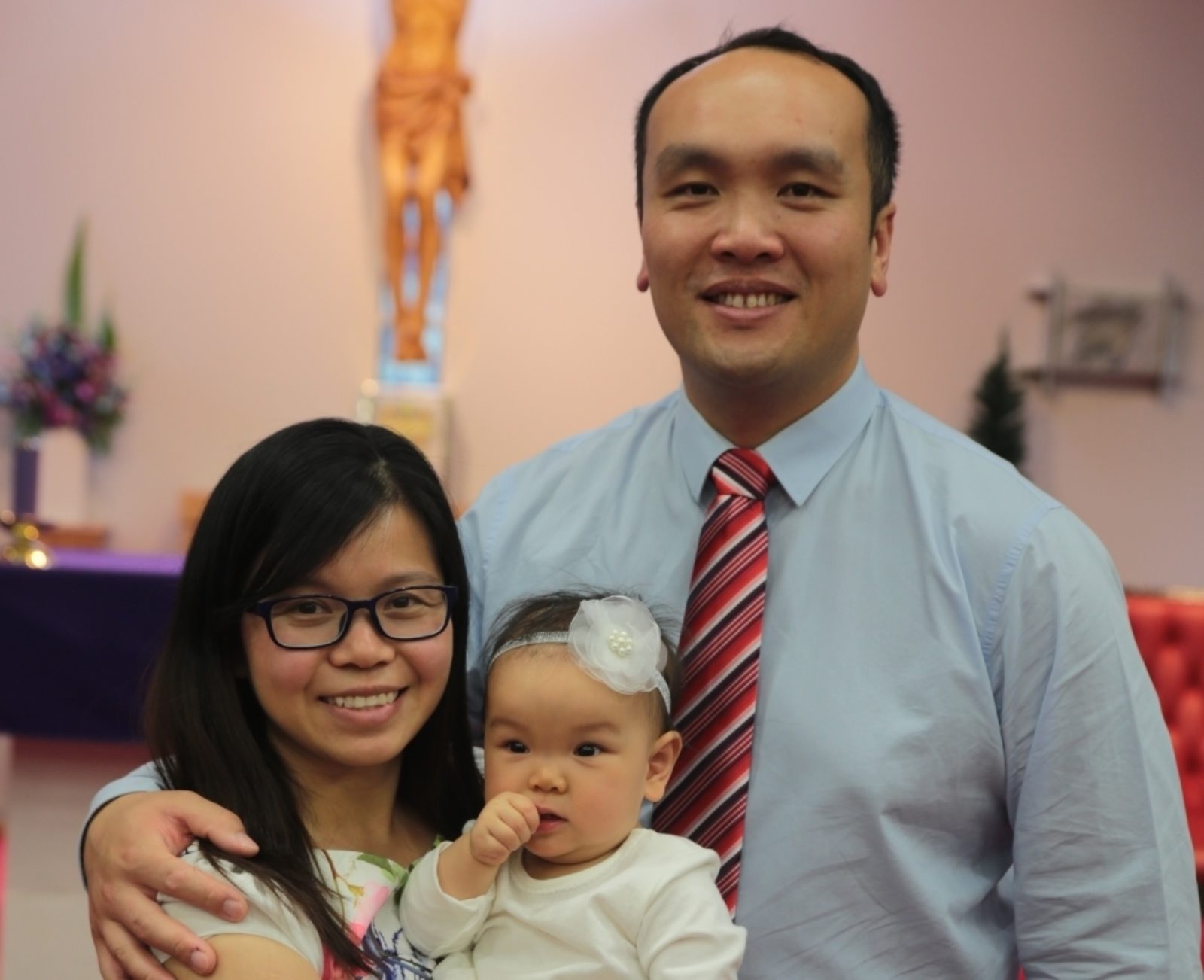 “My parents weren’t in a position to teach my siblings and I a lot about financial literacy – like a lot of people their age, their focus was just on putting food on the table, putting us through school, paying off their mortgage and keeping cash in the bank rather than investing.”

Rando’s parents moved to Australia in 1981. His mother was a refugee from East Timor, and his father grew up in a working class family in Hong Kong and worked as a taxi driver while putting himself through university after arriving in Australia.

“They came here with very little, and while they worked extremely hard to earn a living for us, they were fearful of investing. My mum gave me weekly pocket money to buy snacks at the school canteen, and I sometimes kick myself when I think about what that $5 a week could be worth now if I’d thought to put some of it away.”

After reading an article about people investing outside superannuation, Rando and his wife Yvonne researched online investment options and opened a Six Park investment account for Abigail in July 2018.

“It’s been phenomenal – I’ve had a great personal experience, from having AFL legend Ted Richards support me through the sign-up process, to receiving a personal email response from Six Park CEO Pat Garrett,” Rando says.

“It’s a big amount of money for people to think about investing, so it was important to us to feel really confident about the way we chose to do it. Robo-advice isn’t well understood yet, but I think it will grow to have a really important place for everyday investors like Yvonne and I.

“There’s a lot of education involved, and the experience of the Investment Advisory Committee was also really impressive.”

Rando and Yvonne plan to deposit additional money in Abigail’s account once or twice a year, most likely if they receive a tax refund or a work bonus.

“Her account will obviously offer financial benefits when she’s older, but more broadly I think it’ll be a wonderful tool for her life education,” Rando says.

“I don’t want to just tell her when she’s 18, ‘Here’s a bunch of money.’ When she’s in early to mid-primary school I want to teach her about the benefits of putting some money away, even small amounts, then about diversification and compound interest. They’re all messages that are central to the way Six Park invests and educates its clients.

“My hope is that when she turns 18 and that’s her money, she doesn’t just blow it on something short-term, but that she keeps adding to it.”

The couple love travelling and spending time with their families.

“Nothing makes me happier than having everyone over for a barbecue at our place,” Rando says. “I enjoy entertaining, but we keep it simple. We try to travel once a year, either overseas or interstate, but we also love going to parks, being outdoors, or taking Abigail for a walk on the beach. We’ve always had pretty simple passions.”

To get started with Six Park, click the button below.