Mark Nicholson joined Six Park’s Investment Advisory Committee (IAC) in January, bringing exceptional experience and investment judgment. Mark has worked for some of the world’s biggest and most respected financial institutions, including the World Bank (as a co-chief investment officer in its Investment Department) and Tudor Investment Corporation (a US global macro and multi-strategy hedge fund). You can also listen to Ted Richards’ interview with Mark on The Richards Report by clicking the Soundcloud link below.

How did you settle on finance and investment as your career path?

I graduated from university with a Bachelor of Law and a Bachelor of Commerce and then worked as a lawyer for just under three years in Melbourne. I concluded that law wasn’t the profession for me. My father was a diplomat and we had spent a lot of time travelling in developing countries and so I completed my MBA at Harvard and then started working for the World Bank in Washington.

I started out as an operations officer for the Bank, making and supervising loans in South Asia. But while I enjoyed the work, I found the pace too slow. I sought a fellowship in the investment department and loved it and never left finance – that was in 1990. At the time the World Bank was one of the most active investors in the G7 government bond markets. I started out at the very base of the financial markets, making overnight “Fed Funds” loans, of which the Bank was a major supplier. Then I rotated to the repo desk, borrowing and lending government bonds, before moving on to become a regular portfolio manager in the group, engaged in directional trading and arbitrage activities. I was there for four years, first in the US then European bond markets. We were speculators in a way, trading very actively against our benchmark. The Bank was surprisingly sophisticated in its trading strategies, risk management and benchmarking. We had even built an AI trading model in the late ’80s, though I don’t think it ever amounted to much. We spent a lot of time interacting with Wall Street economists, strategists and traders – it was great training. 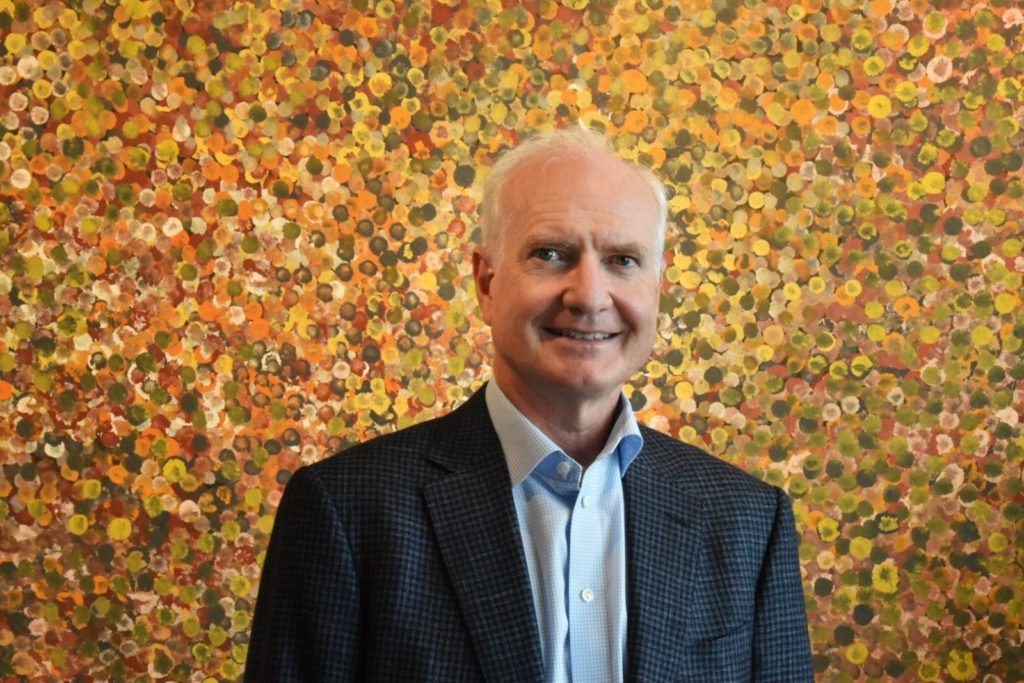 By 1994 our kids were getting to a stage where we needed to make a decision on where we would be settling for a while and whether to stay at the World Bank. I got a call from Tudor in New York and joined them from 1994-2017. Moving from the World Bank to a hedge fund was not that big a leap – it was very much the same role and a similar style of trading.

I spent some time in London and then came back to Australia in 1997-1999. I ran bond trading for Tudor above a fish and chip shop in Mount Eliza. We were the first real macro hedge fund in Australia. Our focus was principally on G7 government bond markets, though we were engaged in currency and equity trading during the 1997 currency crisis. In 2000, I moved from being a discretionary trader to a manager of a dozen PhDs who were developing systematic trading models and ran that in London for three years. I then came back to Australia when my mother became very ill and took six months off before rejoining Tudor. I was on the management committee and board by then. During 2004-2008 we established trading groups in Singapore and Sydney, which I oversaw. Post-2008 we rationalised our trading strategies and I decided to cease my management role, though I remained on the firm’s board as a non-executive director until 2017.

What do you enjoy most about finance?

I’ve spent every day living and breathing macroeconomics, central bank analysis, political analysis, investor flows and positioning in the markets, changes in market microstructure and so on. Market prices are produced at the intersection of a fascinating and ever-evolving set of forces.  Understanding those forces and how they come together is the holy grail of the finance industry. I’ve read JP Morgan’s Global Data Watch every week since 1990 – it’s still the best single summary of economic data and analysis covering the G20 and principal developing economies and markets.

What was your first personal investment?

I think it was a gold coin in the early ’80s – it taught me not to waste my time on gold.

What was it like coming back to Melbourne after living overseas for so long?

It was probably more of a challenge for my wife, who’s Canadian. I’d been to university and high school here and I’m a Demons supporter – I think you can be overseas for years and still feel connected by following football and sport. It was a little bit difficult coming back – you don’t have the same network, you don’t plug straight back in – but Melbourne is a pretty remarkable place to live and raise a family. My kids are now 25 and 21 – our older son completed his university education in the US and London and has just moved back to Australia, while our younger son is still in the US.

What prompted your interest in joining the Six Park IAC?

I think Six Park is the best product of its kind in the country – in my view the firm was founded and is managed and staffed by people of outstanding calibre and culture. With continued hard work I believe it will firmly establish itself as Australia’s preeminent automated investment advisory firm. Obviously the scandals in the financial industry that have been exposed over the past six to nine months have only reinforced that.

The hedge fund industry has the ability to recruit and employ the best portfolio managers in the world. During my time in the industry I watched the leading firms recruit large numbers of the very best traders in New York and London (and Sydney for that matter), and yet if you tracked the performance of these hires, only a handful were subsequently able to produce good risk-adjusted absolute returns. By and large, markets are highly efficient and there’s very little alpha. The odds are remote that you can outperform the market yourself or hire someone who can outperform with a machine or their brain.  And if you do achieve this for a while, chances are you were lucky. So that gives me a very strong prejudice in favour of passive investing. I still make some active investments. but generally in private companies where I think I have an edge or some insight (possibly due to my overconfidence bias!).

Getting a portfolio with the right structure for you is very important – managers may be able to do that but they charge a lot, which means they deliver sub-optimal solutions. Six Park delivers a smart, transparent, low-cost way of assembling a portfolio. The benefits that you get, for a very low cost, are tremendous. People are time-poor, so to be able to get all the things you do for 0.5% or less per annum is tremendous. And the education side is also terrific – it’s instructive and accessible.

Outside your professional life, what are you passionate about?

I sail a lot out of Mornington, and I really enjoy racing around the bay. It’s very technical and there’s a lot of science in racing and sailing; it’s a nice fusion of science and intuition and relies heavily on teamwork. We travel a lot too as my wife’s Canadian. There’s not a place I consistently go back to. We like exploring countries off the beaten path, but I do like to go to China every five years or so because it’s changing so quickly.

You volunteer on several investment boards, including for Berry Street Victoria. What do you enjoy about these kinds of positions?

To be a member of a society, you have a number of positive obligations – you have to contribute to society in the way that best suits you. You do the right thing by your neighbour. I enjoy helping out where I can – I’ve always tried to find something to do that helps the disadvantaged. I also find that in doing this the engagement with like-minded people is enjoyable, with the added personal benefit that giving is much more satisfying than receiving.

Increasing inequality around the world is a major threat to civil society. China will reap the result of that inequality at some stage and the US is reaping it now. At a macro level, we all need to be motivated to support a respectable standard of living for everyone. The trick is working out how to do it effectively while minimising the drag on growth.

What’s the best advice you ever received about money, and who gave it to you?

Oddly, I can’t think of any advice I received about money. Perhaps that’s why I am a great supporter of the investor education Six Park brings with its product.